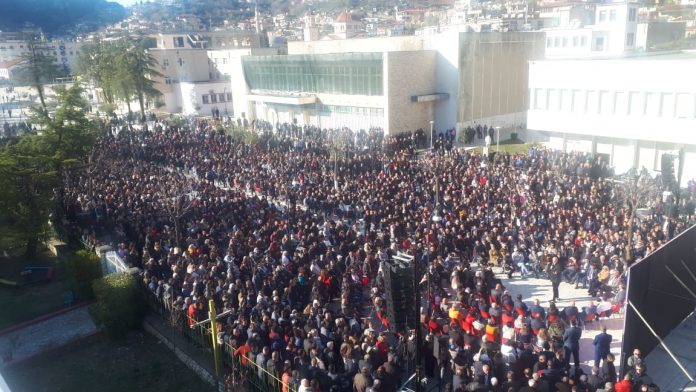 “Unemployment is today in the lowest quotas of the last 27 years,” said Prime Minister Edi Rama today, adding that – today we have more small ventures thanks to the easing policies government “.

At a meeting with Berat residents, Prime Minister Rama expressed his awareness of the needs of improving the educational or health infrastructure, but underlined some of the achievements that have been made in this regard.

As far as health is concerned, Rama spoke about the national program of building 300 health centers across the country within this mandate.

“Rebuilt health centers are radical transformation models of old centers that were in unsatisfactory conditions and did not provide any solution to people’s problems, despite dedicated staff. Last year we built 80 centers, 100 will be built this year and 300 within this mandate “, – said Rama.

Speaking of the economy, the premier stressed that “the economy as a whole has come to the right track, although it is never enough when it comes to the economy.”

“We are on the right track. Business has been considerably alleviated by past taxes. Today we have more small ventures and have a minimum tax rate of 0-5% for businesses, “Rama said, adding that – raising low salaries in the private sector can only be done by boosting investment and the economy.”