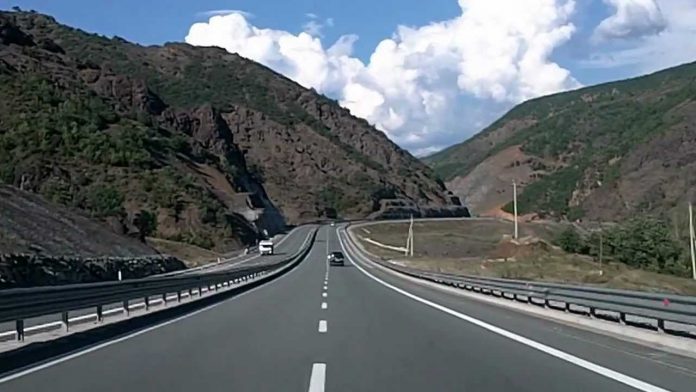 General Director of Roads Afrim Qëndro, said that two important projects of road axes Balldren-Milot and Thumanë-Kashar have been approved, the works of which will begin in October.

Speaking at the meeting with citizens of Laç within the accountability tour, Center stressed that investments in these two important road infrastructure works will meet the highest standards of road safety, classifying the Balldren-Milot and Thumanë- Kashar as a street of category A.

Investments in the road sector, he said, foresee intervention in road projects that began years ago and have not been completed or left in the middle, causing major problems in vehicle traffic and pedestrian safety.

“The project on Fushë-Krujë-Thumanë road will rehabilitate and improve road sections of this axis. This investment will solve all the problems that this road has had, “said Qendro.

Meanwhile, he continued, we have arranged all the intersections on the Borizane-Thumana road. We have set up a pedestrian overpass without arriving in Thumana, where a primary school operates to increase the road safety elements and to solve a major problem of mobility.

Also, the Director of Roads said that we will lay and lay along the Thumana-Milot road. The project of laying the rolls from Thumana to Milot has started since 2011, but due to lack of funding in years their laying is not over, he said.

The Albanian government has foreseen that within this year to decide on the road and repair the cracks. While from Milot to Skurraj has launched a river protection project, stressed Qendro.

He informed that the project for flood protection for lack of funding, although emergency, was not completed. But we will finish this project within June, “said Qendro.
News Source: ATA