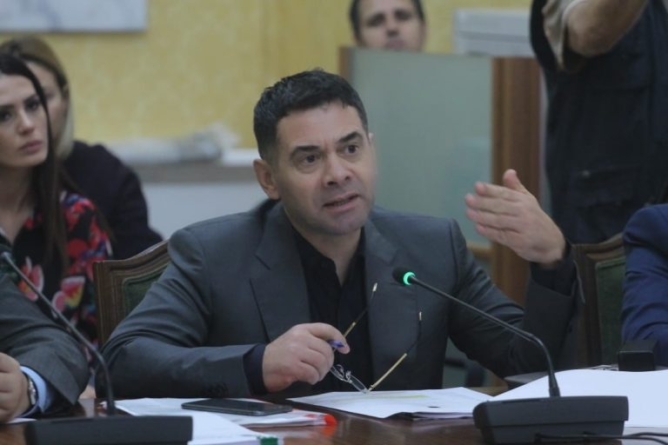 A draft law on Amendments to the Law of Gambling is approved at the Economy Committee.

I believe that the government’s position regarding the closure of electronic casinos on 31 December 2018 is very clear and expressed, and the advancement of this logic expressed by the Prime Minister of Albania, with political will and now formalized, for the closure of casinos electronics, sports betting, bingo halls, racing games on the runway, and further reflection on this logic, and what is technically referred to as online gambling games, so online.

So, to clarify public opinion, the government has an already consolidated official position, advanced with this Commission as well. On December 31, 2018, electronic casinos are closed, sports bets closed, bets run for races on the runway, closed bingo halls and closed games of chance in the distance, ie online.

All that political coup that has been expelled by the opposition in defense of all those who have been abusing this sector, are closing down to open them here, are closing these to give monopoly to him, to her, today it is proved that they are just political bolts. The government is very clear about its position, on 31 December this year all the categories I referred to are closed down.

This clarifies once and for all the position of the majority, the government and the Prime Minister, regarding the initiative that we have recently advanced.

Certainly there is a period to prepare it by 31 December. There has been a government decision that suspends the Surveillance Authority of the Games of Chance until its full restructuring has given the authorization to the Minister of Finance by order to tell the Gaming Monitoring Authority what it will be to make up to the period that is fully restructured and tasks will be the fight against informality, aid to all companies that will be closed, filling in inventory files, public information about the closure process. These are those tasks that the Authority will have. At the same time, all those processes for licensing or renewal permits are terminated.

At the same time we will advance and stand where we will specifically say in the law that banned audiovisual advertising for betting or publicity in various gambling media.

I want to clarify public opinion and all those who have fun political gambling in connection with gambling. It has been added and point 2.2, just to clarify the opinion, because practically in the law technique we have been very clear, after 31 December 2018 no society can decide or bring fate games by concept, the function of VLT except cases that the law provides in casinos, or in 5-star casinos, such as law.

For the citizens, I have to explain, VLTs are a sophisticated form of electronic casino and this is prohibited by law, despite the fact that the National Lottery can claim that it had, and it was taken right into the separate law before 2013.

This I believe and clarifies once and for all the gambling situation. I am convinced that we have citizens with us and I am convinced that opportunities for those who unfortunately will be found for a moment without work, either through trainings brought by the National Labor Service or qualifications due to skills which may have been, reflected, and related to the work they have done so far.

I have to say, however, that the industry will create next year a margin in budget revenue, but this is of no importance to us. I am also telling you as the Minister responsible for income, this does not matter to us. We are challenging the tax and customs administration to collect money from gambling on the economic ground. The challenge is for the Taxes, the challenge is for Customs, the challenge is to SII, the challenge is for me personally, definitely to keep that trajectory of fiscal consolidation, debt reduction, holding down the deficit that we will discuss, will record low, 1.9%.

That said, this majority, this government today consolidates in front of the public, because it itself has consolidated its position regarding gambling.

I will here stop and believe that there may be questions, there may be referrals, or there may be opinions. We are ready to finish the whole set of changes once and for all.