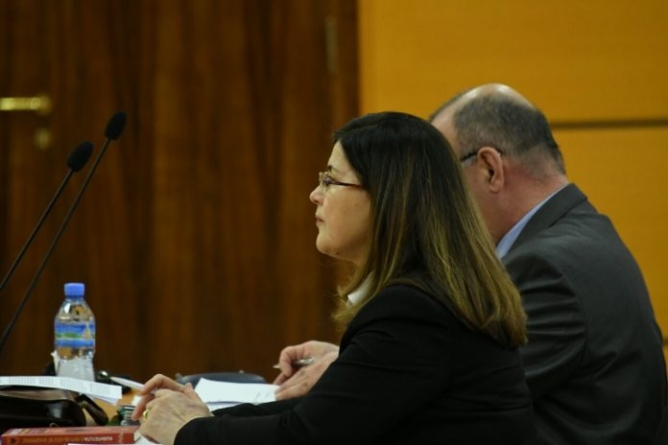 Vito Tusha, the candidate selected by the President of Albania for the position of the head of the Supreme State Audit (SAI), was presented to the Parliamentary Committee on Economy.

During her speech, Tusha said that  “ cooperation with the Prosecution and other justice institutions will be a priority. SAI will improve auditing methods. While communication with the Assembly is of special importance, “she said.

Commission President Erion Brace said after the word of the candidate Tusha that this commission will draft a report which will then be deposited in the Assembly.

Tusha was running in this post after the end of the current term of the head of the AL-SAI, Bujar Leskaj. The mandate of the head of SAI is 7 years. The election of the head of the SAI is done through a procedure where the presidency opens the race, while the name is resolved by the Assembly by vote. The name of the Warden’s Witness was proposed by President Meta. Judge Vito Tusha is part of the Constitutional Court and successfully passed the Vetting process as well.