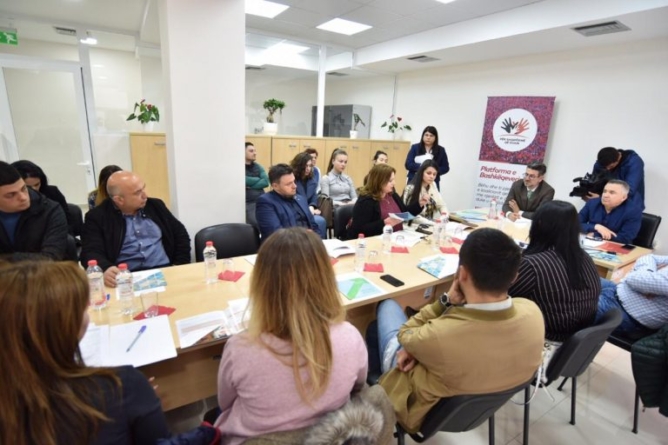 Changes in tax legislation that have been made in recent years have reduced the fiscal burden on taxpayers and are driven by government targets to stimulate the priority sectors of the economy or certain business categories. Deputy Finance and Economy Minister Elton Haxhi gave this message during a meeting with businesses in the capital. During the meeting organized by the General Directorate of Taxation, it was discussed on the national communication plan for public information and presentation of changes to tax legislation within the Fiscal Package 2019.

Deputy Minister emphasized the fact that so far more than 25,000 taxpayers have been informed in the national channels through several channels of communication changes, and that the main goal is for taxpayers to be aware of the legal framework and not to meet the obligations tax due to non-disclosure.

“Our goal is for the taxpayer to be fully aware of all the tax staff that belongs to his business and to avoid any non-fulfillment of obligations due to non-disclosure. Changes have been in the downward and non-upward trend, as we often hear that it is said that a business can not make business plans because of frequent tax changes and it spoils work. Indeed, since we always change by reducing, we only fix working business plans, “said Deputy Minister Haxhi.

Representatives of the General Directorate of Taxation responded to questions and concerns of businesses present on certain issues, one of which was the VAT refund for exporting businesses. Deputy General Director of Taxation, Xhavit Curri said that work is being done to reduce the amount of VAT reimbursement and in the coming months this will be one of the priorities of the tax administration.

At the end of last year, the General Directorate of Taxation drafted and approved a national communication plan aimed at informing the public and introducing changes to tax legislation, with the entry into force of Fiscal Package 2019. Through this Plan, the aim was to inform taxpayers every turnaround, for changes to tax legislation, which entered into force on 1 January 2019.

As a result of the implementation of this communication plan it was achieved that:

For the period 15 January to 28 February, 877 fiscal consultants, economists and accounting experts, who represent 12,843 taxpayers at country level, are informed during the 14 Regional Tax Directorate meetings.

For the period from February 1 to March 15, the Taxpayer Service staff will be informed on 14 DRTs by a total of 15,508 taxpayers with a realization rate of 122% compared to the target.