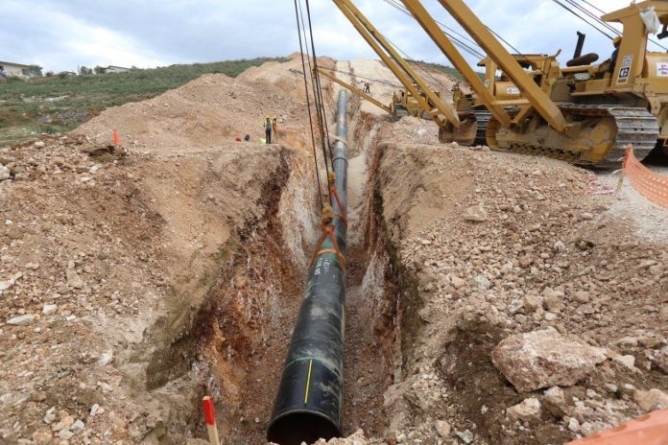 “Albgaz” will negotiate with a private partner for the creation of a joint venture in the maintenance of Trans Adriatic Pipeline Transmission Network (TAP), which has already completed over 2/3 of piping work on the territory of the country.

According to the report accompanying this decision, “Private Partner” is the proclaimed bidder of the competitive tender for the maintenance of the Transmission Network constructed and owned by Trans Adriatic Pipeline AG in the territory of the Republic of Albania, the Italian Gas Transmission Operator SNAM spa, with which the company “Albgaz” sh.a, will establish a joint venture incorporated in legal form, according to the provisions of the law on commercial companies.

The decision cites that within 5 (five) days from the entry into force of this decision, the heads of institutions send the names of the representative members to this committee in the company “Albgaz”, sh.a.

Negotiating procedures shall be concluded no later than 90 (ninety) days after the date of entry into force of this decision.

Albgaz, sh.a., after negotiating the partnership contract, requires the approval of Trans Adriatic Pipeline AG, submitting a detailed report on the negotiations for all elements of the agreement with the selected Bidder, including the final draft of the agreement for the establishment of the joint venture incorporated in the legal form of the joint stock company.