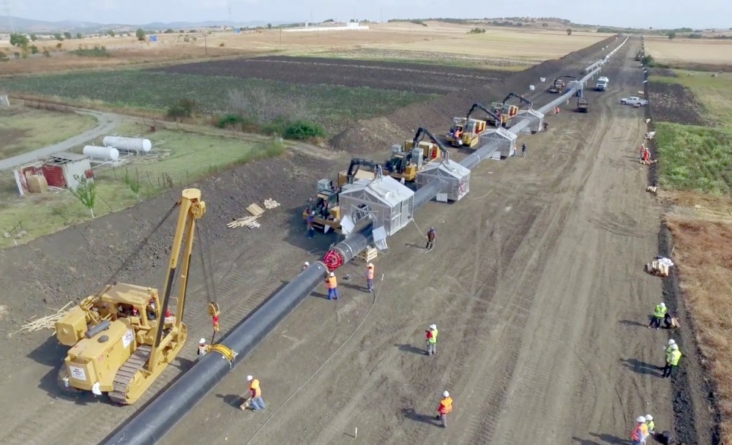 TAP crossing between Berat district is part of the southern gas corridor, which is one of Europe’s major natural gas projects. It will bring gas from the country where it is produced, Azerbaijan to Europe passing through Georgia, Turkey, Greece, Albania and will end in Italy.

Investing for the entire project amounts to an impressive $ 45 billion.

“This investment places Albania on the European energy map, enhances our regional and geostrategic significance and contributes to the commercial and physical integration of Albania into Europe. In addition, this gas pipeline will enable the introduction of gas into the daily life, the gasification of Albania, the construction of electric power plants and the increase of energy security in the country, “said Deputy Minister of Infrastructure and Energy Enis Aliko from Berat.

In Albania, he said, the investment so far has reached the value of 730 million euros, and other 780 million euros is expected to be invested, bringing the total investment of this project into Albania to 1.5 billion euros.

TAP also contributes to Albania’s In-Product by paying millions of euros. This pipeline has a total length of 3500 km, where 215 km extend to Albania.

According to Deputy Minister Aliko, up to 56% of pipeline construction in our country has been completed so far, and more specifically 120 km of the route have been restored.

In the Berat region, specifically in Çorovodë, TAP is digging a 1.5-km tunnel, avoiding excavation by the river and very close to the city.

This is one of the most important works of this pipeline and the only one in Albania.
TAP is also implementing some social investment projects amounting to 14 million euros.