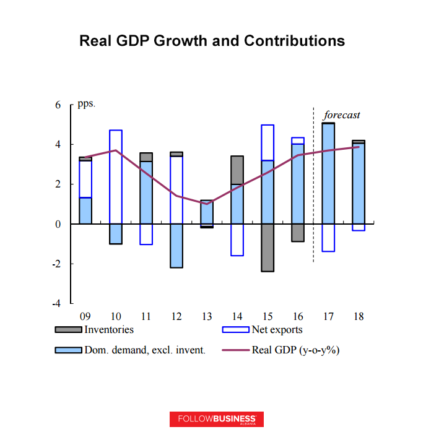 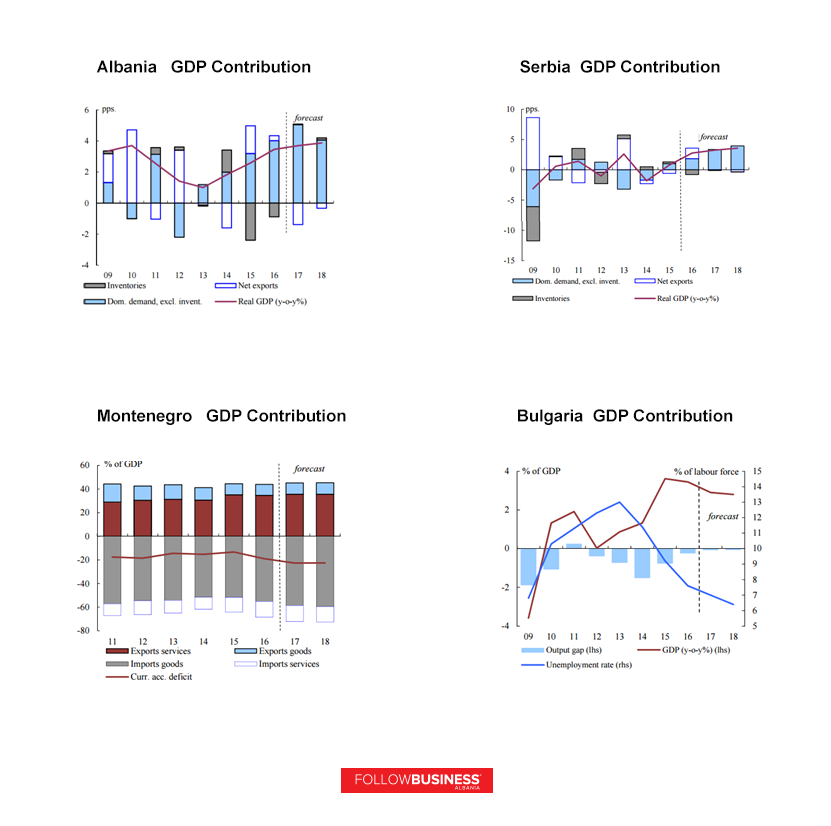 Two main components fostering private and public domestic demand are advancement in Ease of Credit Standards and improvement of labor market. Unemployment fell to 15.6% the lowest peak since 2012 and employment adjusted by 6.1% last year. With higher wages by 10% and adjustment in employment induce stronger domestic demand. Lending growth to households is fueled by monetary policy support with lowest interest rate by 1.25% in May 2016 set by Central Bank of Albania.

In comparison to other Balkan Countries the situation in Albania reflects progress, where for Serbia changes in Private and Public Consumption record increasing rates by 2.6% and 2.5% respectively. As for Montenegro 6.1% and -1% respectively. Bulgaria presents development with 2.7% increase in Private Consumption and 2.0% in Public Consumption. In addition Credit Recovery might take a longer time, but compensating public debt internally seems much more effective than external support, since its fuels also domestic demand. 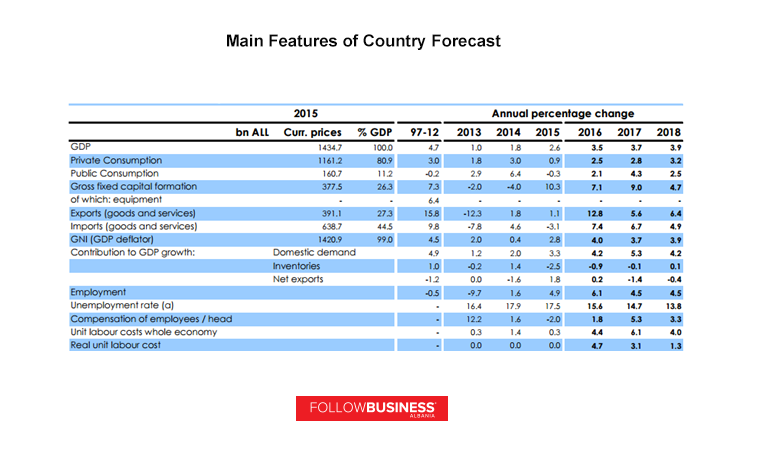