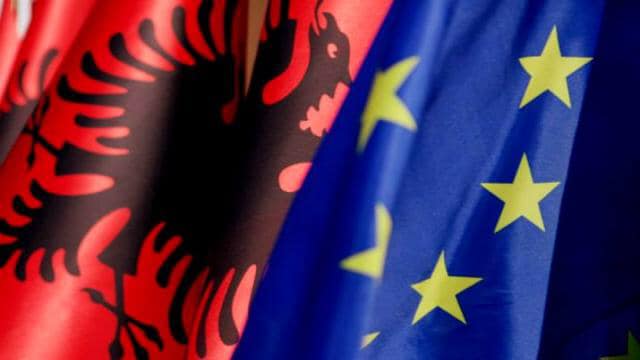 “Fantastic News for Albania,” states Minister of State for Enterprise Protection Eduart Shalsi, European Commission Report, which recommends to the Council of Europe the opening of negotiations with Albania.

While pointing out that the European Commission Report recognizes and assesses the fulfillment of all the tasks that Albania has undertaken, Minister Shalsi says that this fact encourages us to do more and more.

“Grateful to the European Commission for the report recommending opening negotiations with Albania recognizing and evaluating the fulfillment of all the tasks we have undertaken,” Shalsi quoted.

The European Commission published on Wednesday the progress report for the Western Balkan countries. For Albania, specifically in the field of economy, the European Commission states that the Albanian government has made progress in reducing public debt, which has continued its lowering pace faster than planned due to the Albanian currency valuation and budget savings .

Progress Report also estimates GDP growth at satisfactory rates from 2.2% in 2010 to 4.1% in the first quarter of 2018. This increase is attributed to the increase in private consumption, lower inflation rates and the increase in the number of employees.

With regard to the trade deficit, the European Commission estimates that it is shrinking. This shrinkage is helped by remittances, exports of goods and services, assessing tourism as the main component.