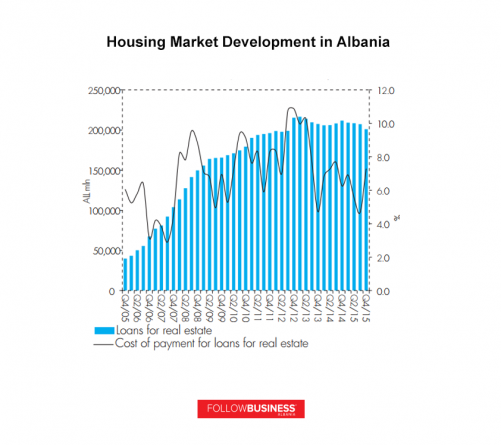 Real estate market is the most dynamic but at the same time the most illiquid one around the world, meanwhile in Albania it faces some crucial obstacles such as lack of regulatory laws to protect the parties involved into transaction, informal market, unhealthy competition and lack of collaborations among real estate agencies, overvaluation of property and lack of sustainable statistics. Several monetary events have supported the little progress in housing market in Albania. It is much easier now to create all the possibilities of renting or buying a house since the interest rate and the cost of borrowing score the lowest during the years by repos rate 1.25%. 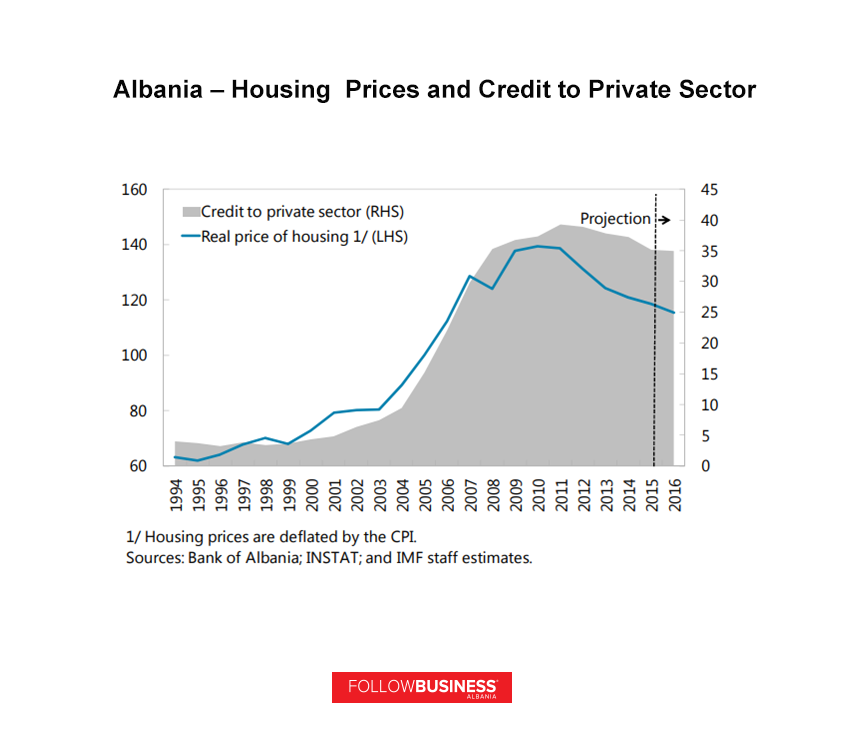 The credit expansion has caused real estate prices to grow much faster than the general price level. During last two years, the HP (House Price Index) in Tirana increased by 1.9%, from the same period in the previous year. The weighted interest rate on real estate loans was 6.8% in 2015 H2, within the downtrend of the last years, while the relative repayment cost of real estate purchase loans was mitigated, reflecting more favorable conditions for real estate purchase from the borrower’s perspective.

The real estate loan portfolio quality remains better than that of the total loan portfolio quality, due to the form of collateralization. In December 2015, 52% of loans were real estate-collaterized, or around 67.5% of loans to households and around 46.6% of loans to enterprises. Collaterized loans, which also show performance problems, account for around 10.6% of outstanding loans and are mainly concentrated in the business sector in Albania. 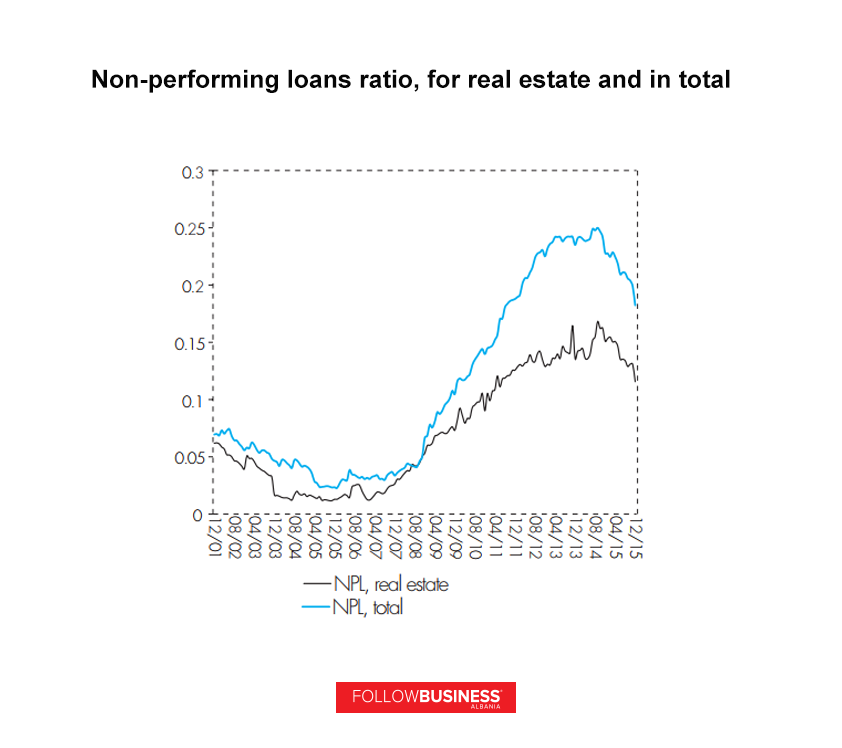