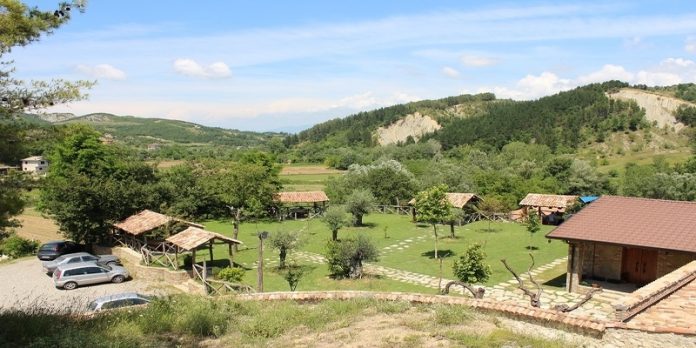 “I am very pleased that in less than a year, four ministries and academic institutions of the line, made it possible to set up a national program of a program that we believe will be a change power for the great Albanian rural space “.

This was stated today by Minister of Agriculture and Rural Development, Niko Peleshi at the signing ceremony of the memorandum on the development project of “100 villages” in the premises of the Prime Minister’s Office.

The needs and potentials for rural development are enormous, but a smarter approach is needed to address the needs of this sector, said Peleshi.

According to him, in the past few years has not been done much for this sector, but today we have thought to make rural development a reality rather than a slogan.

Focusing specifically on what this project will accomplish, Minister Peleshi noted that we will first rely on the experience of the Urban Renaissance program that transformed every city and town into a real development.

“I believe that this model is the one that should be repeated in the development of rural areas,” said Peleshi.

“We have chosen” 100 villages “, which will be the first models of a new development. There are none of the 61 municipalities in the country, which does not have a village involved in this project. Establishing and collaborating with six universities related to rural development is a very strong instrument of creation that comes from students and young people who are developmental factors, “said Peleshi.

An agreement and a new project to return to the country’s “100 villages” tourist destination has been signed today by the country’s Prime Minister Edi Rama, the Minister of Agriculture and the University of Tirana.

The project, “The Academy of 100 Villages,” part of the National Rural Revival Program, is a collaborative network between the government and the university world, which has selected “100 villages” to turn them into new tourist destinations.