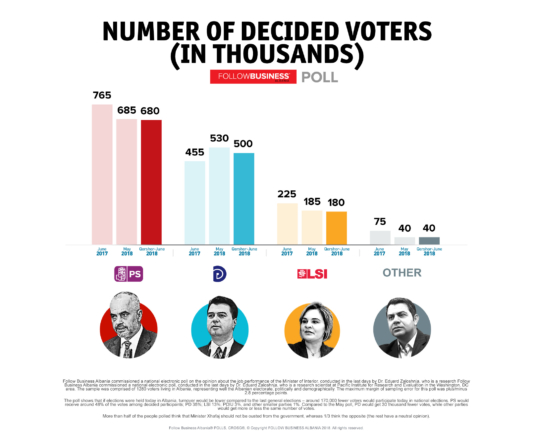 Follow Business Albania commissioned a national electronic poll, conducted in the last days by Dr. Eduard Zaloshnja, who is a research scientist at Pacific Institute for Research and Evaluation in the Washington, DC area. The sample was comprised of 1280 voters living in Albania, representing well the Albanian electorate, politically and demographically. The maximum margin of sampling error for this poll was plus/minus 2.8 percentage points. 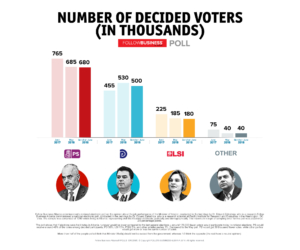 The poll shows that if elections were held today in Albania, turnover would be lower compared to the last general elections – around 170,000 fewer voters would participate today in national elections. PS would receive around 48% of the votes among decided participants; PD 35%; LSI 13%; PDIU 3%, and other smaller parties 1%. Compared to the May poll, PD would get 30 thousand fewer votes, while other parties would get more or less the same number of votes.

More than half of the people polled think that Minister Xhafaj should not be ousted from the government, whereas 1/3 think the opposite (the rest have a neutral opinion). 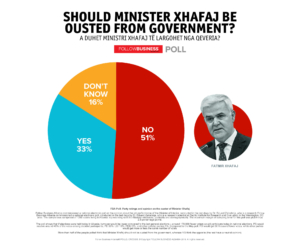 This author has not added a biography. Meanwhile Follow Business has contributed 8 posts. Click here to view them.