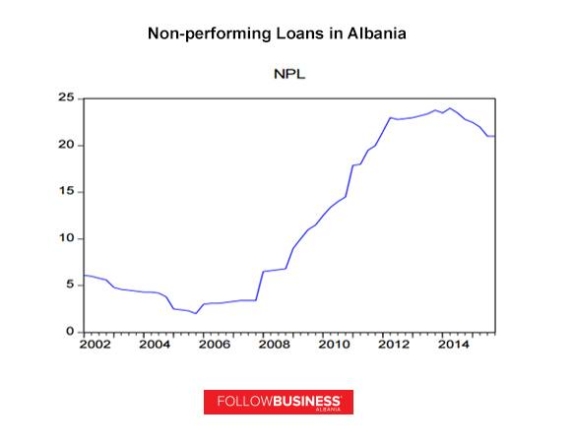 One of the main factors that determine the effectiveness of primary role of a bank, which is that of credit giving, is the amount of nonperforming loans (NPL). The quality of assets a bank holds has been the main reason of bankruptcies and financial cruises. Poor quality lending and improper management of the credit risk have caused NPL in Albania and for sure even around the world.
Credit quality is considered as one of the basic indicators of financial well-being and performance of a bank. Delays in payment of loans not only bring negative effects to the lender in this case banks but have a domino effect on the entire economy of a country.
Many external factors are also taken into consideration while trying to overcome the concerning issue of NPL.

Financial market in Albania has passed through several developments after post-communist period and since then banking sector remains the developed one, meanwhile capital market (securities) remains underdeveloped. The banking sector remains the key segment of financial intermediation in Albania, whose assets represented about 94.5% of the 121 total financial system assets and about 82.2% of GDP. 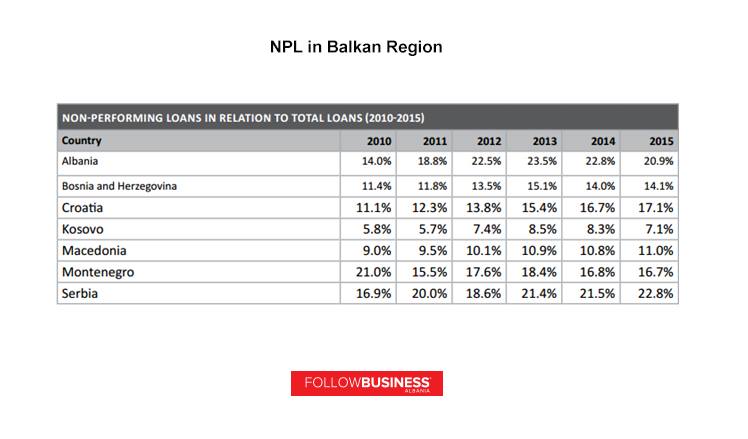 Albanian Banks have shown a low risk tolerance, which is reflected in the further tightening of credit conditions. The poor performance of private sector credit is reflected in further slowing its annual growth. Greater use of ALL in bank lending during the past three years, is reflected in the significant increase of its weight in credit to the private sector, especially businesses. This has resulted in an increased interest of the public for funds for lending in local currency and a decline in foreign currency loans.
In view of the market shares of the banking system is noted that 5 biggest banks have mainly 68% of the loan portfolio and 75% of deposits.

Besides Credins Bank, which is composed of foreign capital 29.85%, and 95.63% Union Bank, all the others are 100% owned by foreign capital. This is a sign of a growing interest in the European powerful banks and investment quality of the interior.
From the region, Serbia has recorded the highest value of non-performing loans with 22.8%, while Albania has registered 20.9% of the total gross loans at the end of 2015. After these two countries, Croatia is ranked with 17.1%, followed by Montenegro with 16.7%. 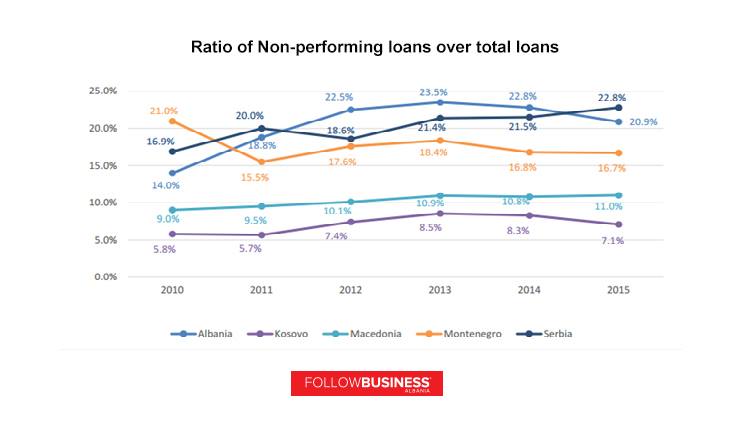 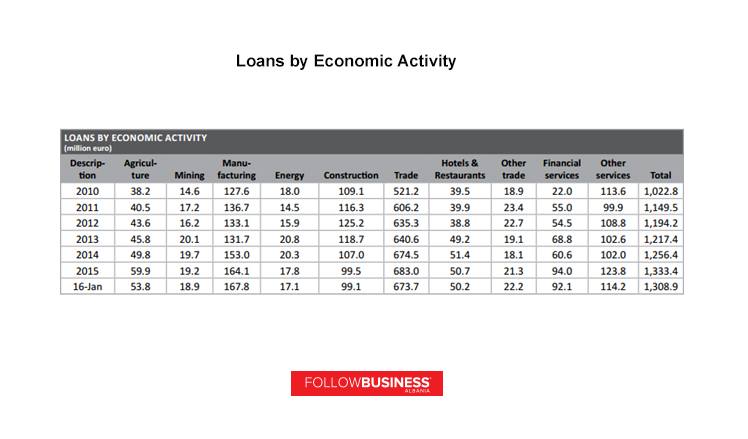