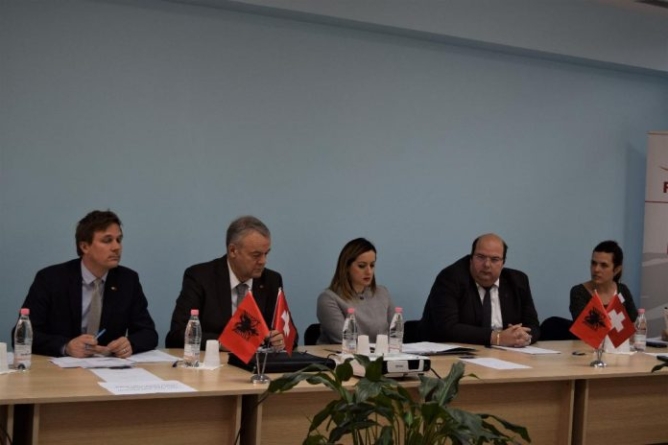 Over 1 thousand new jobs and 5 thousand jobs are now open, the Swiss project RisiAlbania in the first phase

At the second meeting of the Advisory Board of RisiAlbania, a project for the employment of the Albanian government and funded by the Swiss government, discussions focused on youth employment and how the project will address new jobs during 2019

“Project RisiAlbania’s achievements in partnership with the private sector during the first phase between 2014 and 2017 are encouraging: it has created 1,000 new jobs, has realized more than 5,000 jobs and has improved the skills of nearly 10,000 young people, said Swiss Ambassador Adrian Maître.

“Youth employment is one of the priorities of the Albanian government and it is important to see that your planned activities for 2019 will support youth employment, help them to get the right information, equip them with the skills required by the labor market “, stressed Deputy. Prime Minister Senida Mesi.

Discussions focused on job creation, skills development, and job-finding mediation that are thought to be particularly important for young people and young people. In these three areas RisiAlbania has gained experience during the first phase when it introduced informal training, innovative business practices, and information services through the media about job creation and employment.

In 2019, RisiAlbania will employ 80 partners, mainly from the private sector, and plans to create 300 new jobs, provide 500 jobs found through mediation, advise 2,000 young people, and train 700 others with the ultimate goal of increasing the number of employees. Until 2021 RisiAlbania expects to create around 1’600 new jobs.

RisiAlbania is a project of the Swiss Agency for Development and Cooperation, SDC, and implemented by Helvetas and Partners Albania, in cooperation with the Office of the Deputy. The Prime Minister of the Government of Albania.