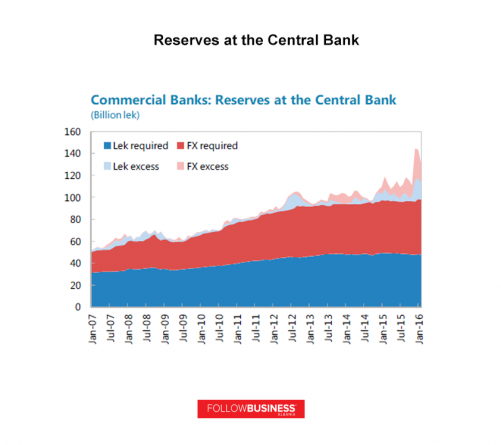 As described by IMF, monetary policy has been accommodative. This is clearly presented by the following indicators:
Inflation has underperformed since 2014 with core inflation falling below zero in recent months. Targeted regime reflects that there is still space for conventional monetary easing through lowering the policy rate.

Treasury bill rates have fallen significantly in recent months reflecting increased liquidity in the financial market. Interventions in the FX market were small, infrequent, and typically announced months in advance, but the exchange rate with the euro has been very stable. While interbank rates have closely tracked the policy rate in recent years, lending rates have declined less than deposit rates, reflecting the high risk aversion of banks, even compared to the region. Monetary policy transmission is hindered by high euroization. There is an increasing tendency towards short-term funding. 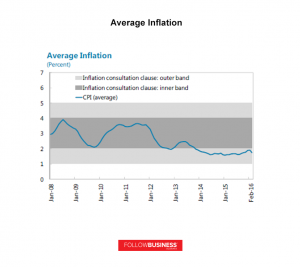 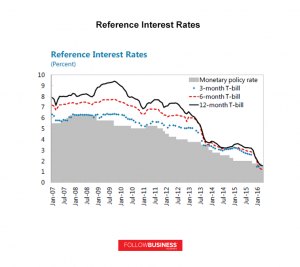 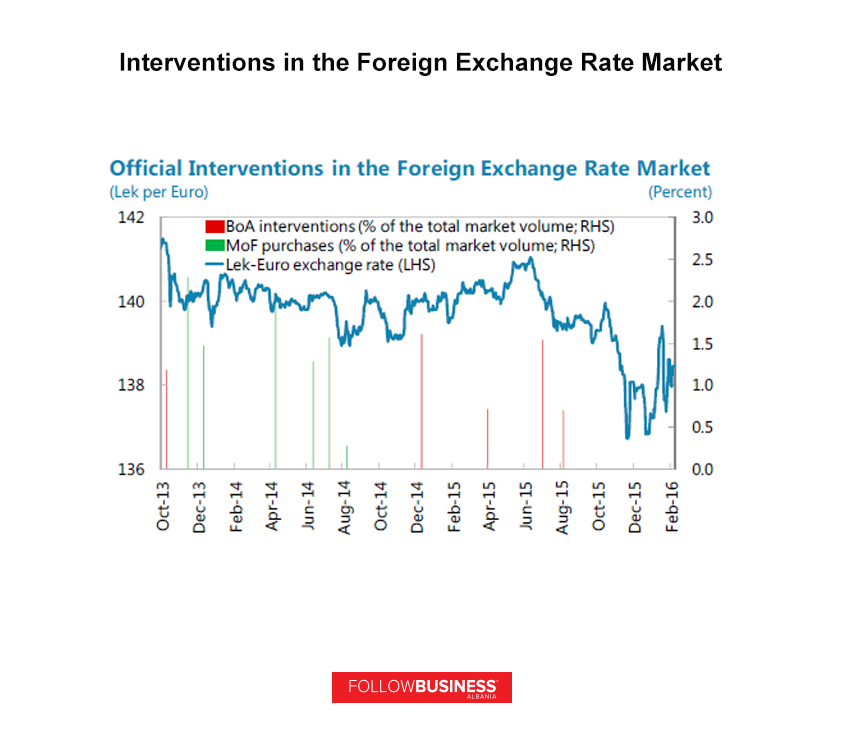 The lek-euro exchange rate has remained very stable over the past six years, despite limited interventions by the central bank. The REER- Real Effective Exchange Rate (a measure of the value of a currency against a weighted average of several foreign currencies) has been broadly stable, appreciating by 3.7 % in 2015 compared to 2013.

Main concern by authorities is that lowering the lek-euro interest rate differential below a certain level could lead to heightened exchange rate volatility, thereby aggravating financial stability risks given the significant unhedged exposures. International reserves, which rose in 2015 owing to strong donor flows and Eurobond issuance, are deemed adequate based on metrics for floating regimes.