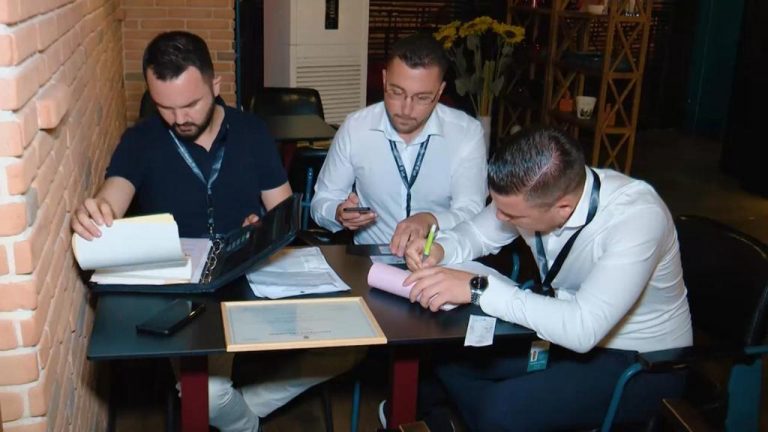 Minister of Finance and Economy, Ms. Anila Denaj has continued inspections as part of the implementation of the Operational Plan in the fight against informality.

During the verifications carried out by the Tax Investigation structures in Tirana, in the hours of higher economic activity, it was found that there is a significant improvement of the indicators also due to the increased awareness of the subjects to self-correct. However, there have also been cases of repeated violations.

“Violations have been found for the third time of the tax voucher and based on tax procedures, those responsible will be prosecuted in this case. It is important to understand that a tax voucher should also be expected at the entrance of nightclubs to avoid drastic penalties. We ask for this because we would not like to be in the position of tape-strapping or prosecution ”, said Minister Denaj.

The Deputy General Director of Taxation, Mr. Ervin Hoxha, said that during the inspections performed high turnover premises were found, which avoided the obligation to cut the tax voucher. “We have noticed tendencies not to declare and not improve the turnover of these high risk entities. We urge you to improve and self-declare because the controls will continue in order to improve this situation ”, said Mr. Hoxha.

Also, an important aspect in the fight against informality is the amendment of the Law on Tax Procedures, as part of the Moneyval package, for which Ms. Denaj demanded the cooperation of taxpayers for its full implementation.

The Minister of Finance and Economy appealed to taxpayers registered with the National Center of Business and Tax Administration to open their business bank accounts, no later than 90 (ninety) days after the entry into force of this Law (date 26.07.2019) and declare it to the tax administration. Whereas newly registered taxpayers are required to open the business / organization bank account no later than 20 (twenty) calendar days from the day of registration with the NBC / Tax Administration and report it to the tax authorities.

“Please taxpayers open bank accounts, register business according to legal procedures. If we respect the rules, we respect the Albanian laws, then we will have fewer inspections, a correct relationship and guaranteeing fair competition in the market ”, said Minister Denaj.