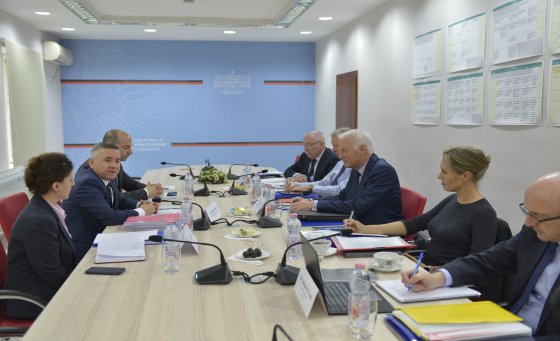 In his speech, Steve Vesperman expressed his satisfaction for the current cooperation that the IMF had with the General Directorate of Taxation and the efforts being made to achieve a better fiscal performance.

During the stay, the IMF mission will stop at some important issues, such as:

The IMF High Representative, Vesperman expressed his full support and the team that leads to assist the Tax Administration.

Deputy General Director of Taxation Chur also expressed gratitude for fruitful cooperation with the IMF in order to make the Tax Administration more efficient and reformative. Mr. Curri emphasized that fiscal performance has been positive this year and that is the expectation for the remainder of it.

The IMF mission will stay in Tirana until December 3, 2018. During this period, meetings are held on various issues with the respective directorates in the GDT.