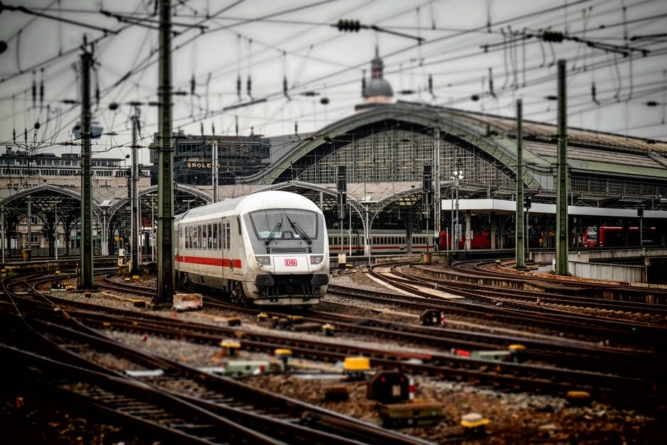 The Macedonian and Albanian governments will cooperate on the construction of the Corridor 8 railway section networking, head of state-run Macedonian Railways-Infrastructure Irfan Asani and his visiting Albanian counterpart Ani Durmishi said Friday at a press conference.

Talks on construction of Corridor 8 are made in the framework of the memorandum of cooperation signed by Macedonian Railways-Infrastructure and Albanian Railways.

This memorandum stipulates coordination and joint promotion before international funds for the Kicevo Lin railroad section, which completion is expected by 2023, according to a statement of Macedonian Railways.

According to the two officials, this project is considered with high priority by both governments while they agreed to concretize such project soon.

“The railway section is scheduled pass through Kicevo, Struga (western Macedonia) to Lin (southeast of Abania) until it reaches the port city of Durres (west of Albania),” said a press release of Macedonian Railways.

According to Asani, the final project of the railroad leading to the Albanian border has already been drafted while Durmishi said that railway networking with Macedonia was a priority for the Albanian government.

“The feasibility study for this section has been completed and the government is giving priority to the construction that will yield economic benefits for both countries,” said Durmishi.
News source: Xinhuanet