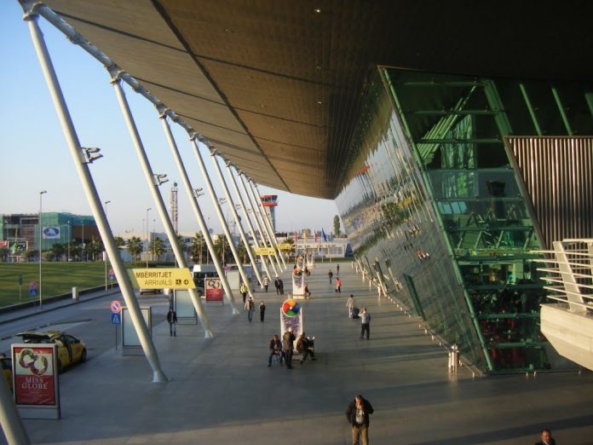 The agreement signed for the concession of Rinas Airport, the only airport currently in place in the country, in 2005, penalized for many years Albanian citizens because of the exclusivity that was given to the company.

Despite the expansion of the gates of this airport or even the construction of the new terminal, high airport charges have made Albania the highest ticket prices in the region.

Based on this, the Albanian government negotiated several years with TIA managing the Rinas Airport and only two years ago agreed to lift the exclusivity of international flights.

The abolition of exclusivity paved the way for the launch of the new Vlora aerodrome, but also the operation of the Kukes Airport, built since 2009.

In addition, the government is also planning the construction of a tourist airport in Saranda.
All these developments are expected to bring lower prices for citizens who want to travel to and from Albania, as they increase their travel destinations.

Wizz Air is today one of Europe’s fastest growing lines and the lowest-cost carrier in Central and Eastern Europe.

In the next 17 weeks, a total of 21 aircraft will be assigned to its European base, supporting 700 additional weekly flights and launching 70 new services, bringing Wizz Air’s full network to more than 600 routes, linking 145 destinations in 43 countries.

Four new destinations – Athens, Tallinn, Kharkiv, Vienna – will be inaugurated in mid-July, along with the opening of a new Western European base in the Austrian capital.

The expansion of WIZZ in 2018 represents an investment of more than $ 2 billion on 11 bases, in the UK, Austria, Poland, Ukraine, Hungary, Romania and Georgia.

Today, WIZZ celebrates this great expansion, along with its passengers, offering a one-day ticket discount of 20% for all flights scheduled until 31 May, for bookings made today, March 13, until midnight.

Wizz Air begins its 2018 expansion in Budapest this week with the arrival of a new Airbus A320 airplane, which will be the 11th type based in Budapest, coinciding with the launch of a new exciting road towards Stavanger in Norway.

Owain Jones, the corporate chief at Wizz Air, said the company remains committed to its mission of making affordable air travel for more people than ever before, offering the lowest prices enabled by its ULCC business model.

“More and more customers choose to fly with Wizz Air every year, enjoying the Wizz Air wide network connection with more than 600 routes. The 70 new routes to be launched in the next 17 weeks will add to our travel opportunities available to our customers, which, on the other hand, will boost the business ties and the economies of the communities we serve, “he said.