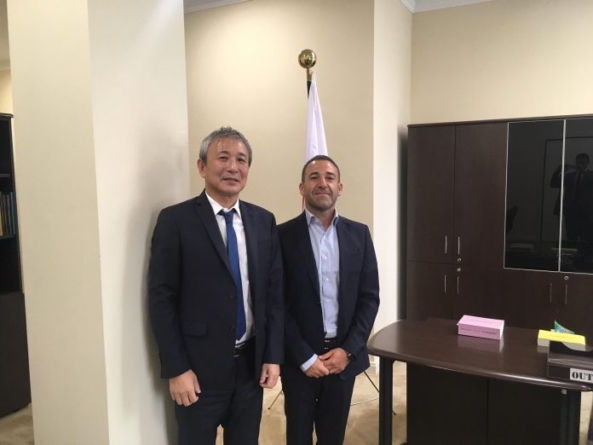 apan’s investments in Albania are encouraged following increased attention and presence of Japan in Albania and in the Balkan region.

The meeting discussed the possibilities of expanding economic cooperation between the two institutions.

Ambassador Ito spoke of optimism for the future based on foreign investments and developments, and confirmed to the AIDA executive director the full support of the Japanese Embassy and the government to cooperate towards increasing direct Japanese investments in Albania.

Nano made a brief presentation of AIDA’s role, mission and services while focusing on its objective to absorb and support foreign investment in Albania.

In addition, he reaffirmed the commitment of this institution to support Japanese investments while making a brief description of the friendly investment climate.

Nano focused specifically on the possibility of a partnership between AIDA and Japanese business organizations, while stressing the Albanian government’s approach to economic diplomacy to foster foreign investment.