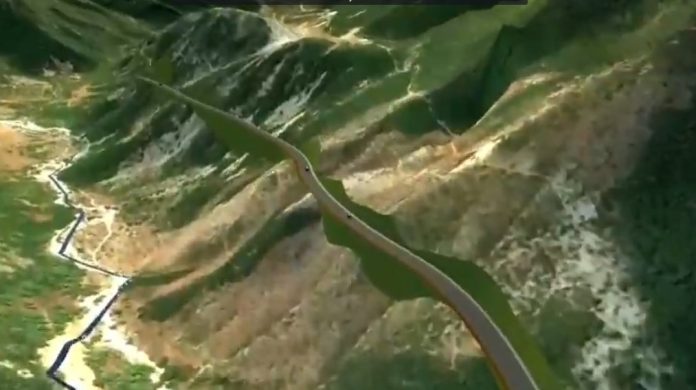 The Albanian Road Authority (ARA) has opened the tendering procedure for the design of the tunnel project (Lot 7) and the project for Lot 2, which includes the part from the village of Shijan to the entrance of the city of Delvina.

The tunnel of the Kardhiq-Delvin axis has been compiled since 2008. But throughout this 10-year period, changes have taken place both in the conditions of the works implementation and the opening of the tunnel and for this reason there was a need to revise this project.

The road axis Kardhiq – Delvina has a length of 33 km and crosses the districts of Gjirokastra, Delvina and Saranda. Works for its construction began in 2009, but the continuity of the project was discontinued. So far 16 km of roads have been completed, while 14.5 km are now in the phase of implementation of works according to contemporary standards.

The project for the construction of the Kardhiq – Delvina road is one of the projects of the transformational package for the development of infrastructure with impact on the economy and tourism of the country.

This road is considered one of the most priority axes, which cuts the three-hour travel time from Tirana to Saranda, giving a further boost to tourism.