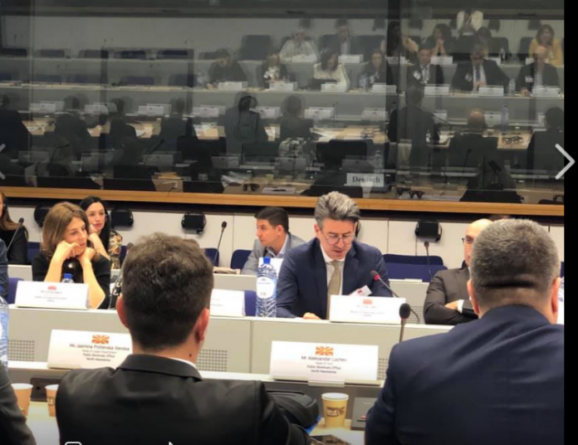 On 3 and 4 June in Brussels held an explanatory meeting on Chapter 16 “Taxes”, where the Albanian delegation was chaired by Deputy Minister of Finance and Economy, Elton Haxhi and Deputy Minister for Europe and Foreign Affairs, Sokol Dedja.

At this meeting, reports the Ministry of Finance and Economy, expressed the commitment to promote the progress of fiscal reforms, for the benefit of businesses and citizens.

As it turns out, this was the 23rd explanatory meeting and marks another achievement on our path towards the European Union.

According to the manual accompanying Chapter 16 “Taxes” it is stated that “To be an EU member, among other things means a formalized economic market, a close co-operation between tax administration and taxpayers, including information exchange to prevent and avoid forms of tax evasion (tax evasion) “.

“Improved service by setting up an administration prepared for integration challenges, facilitating business practice and reporting procedures, facilitating VAT reimbursement procedures (value added tax), and improvements in the field of procedures that related to VAT have been and will be the focus of the tax administration, based on the fact that VAT collection represents an important aspect in the country’s EU accession, “the manual quoted.

While stressing that awareness of law enforcement, equality in dealing with subjects, improvement of the tax audit function, the fight against informality are directly related to the increase in incomes in the state coffers and also imply more services in function of community.