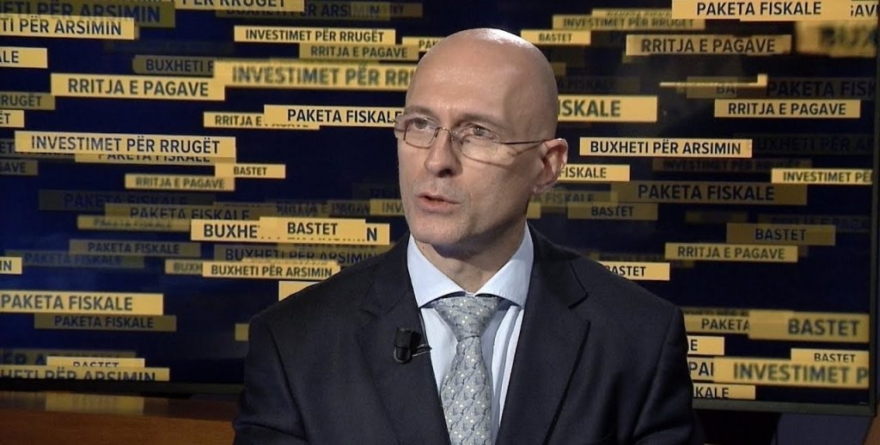 The most recent report of the International Monetary Fund for our country is an assessment confirming the positive performance of the Albanian economy. In an interview with ABC News, Deputy Minister of Finance and Economy, Erjon Luçi spoke on the issues raised in this report, pointing out that he has confirmed the fact that the Albanian economy has entered a positive phase in terms of economic growth, which is improved to 4.2% by 2018, reflecting in other areas of the country, such as employment.
Regarding the Private Public Partnership, Deputy Minister has explained that the government will consider some of the IMF recommendations related to capacity building for PPP but also for investments.
“The government has set a ceiling in the budget law for Public Private Partnerships projects, which is 5%, which means a strong control in this regard with regard to payments and PPPs entering the budget, said Luci.
Regarding the issue of debt, Mr. Luci said that thanks to control and good management has been made a slight reduction and within a few years is aimed at a reduction of up to 60%.
Deputy Minister noted that the assessment of investors for the Albanian economy has increased and Albania is well positioned, despite the risks.
“Investor rating makes us more optimistic about the way we are pursuing. The dangers are internal and external. Albania is well positioned with the risks. A banking system that has been strengthened, thanks to the legislation and rules that make us more comfortable for the world’s economy. Economic growth has increased with population consumption. The challenge is to redistribute in particular the improvement of the economic aid scheme, which is improving, “said Mr. Luci.