Follow Business Albania commissioned a Tirana municipality electronic poll, conducted in the first days of January by Dr. Eduard Zaloshnja, who is a research scientist at Pacific Institute for Research and Evaluation in the Washington, DC area. The sample was comprised of 2000 interviewees, representing well the Tirana electorate, politically and demographically. The maximum margin of statistical error for this poll was plus/minus 2.1 percentage points.
The poll shows that, if mayoral elections were held today in Tirana, incumbent Erion Veliaj would get 55% of the votes, whereas a joint opposition candidate would get 45% of the votes. Turnover would be lower than in the last general elections – around 20 thousand fewer voters would participate today in Tirana’s mayoral elections. 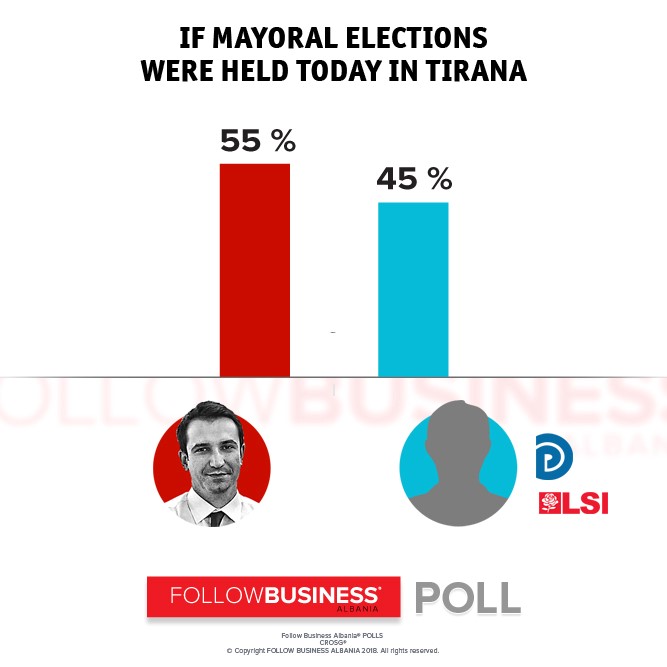