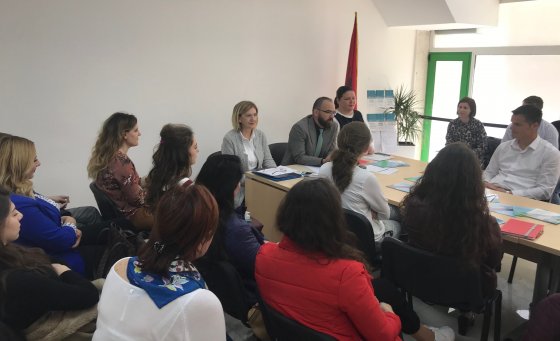 The General Directorate of Taxation conducted a training with 48 excellence students who are employed by the tax administration to acquaint themselves with the values, objectives, vision of the institution as well as basic tax legislation.

In this meeting was also present the General Director of Taxation Mr. Ento Duro, who thanked the students for their participation and invited them to give their contibut to advance the reforms that are being undertaken to modernize the tax administration.

“The institution where you are employed has a special importance in public finances, so it needs high integrity and standards so that we can serve worthily taxpayers and citizens,” said Mr. Duro.

Faith, said the General Director of Taxation during his speech, is one of the key elements in institutional consolidation and effective instruments need to be strengthened. “In order to build a sustainable and successful model, we must have the right inputs. We need to make the public aware that we are in their service and you as a student of excellence should contribute with your knowledge and knowledge to further improve our work “, said Mr. Duro.

The Director General of Taxation also underlined the need to strengthen capacity in the fight against informality and to further increase transparency with taxpayers and the public.