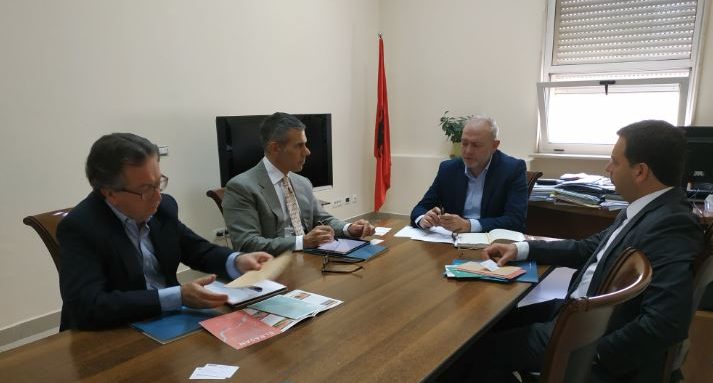 Romanian investors are seeing interest in engaging new ventures in the Albanian market.

Albanian Development and Investment Agency, AIDA, said that during a two-day visit to Tirana, a delegation of Romanian businessmen visited and was closely acquainted with the innovations and fiscal amenities the government has undertaken to absorb foreign investment .

Romanian businessmen, according to the announcement, had the opportunity to hold working meetings with representatives of chambers of commerce and state authorities, including the Ministry for Europe and Foreign Affairs, the Ministry of Agriculture and Rural Development and the Ministry of Finance and Economy.

Within this visit, the Romanian delegation held a working meeting with the AIDA Representation. Among the issues discussed at this meeting were the general overview of investments in Albania, where information was provided on the country’s infrastructure, tax regime, labor force qualification and fiscal and economic facilities provided for foreign investors.

The Romanian delegation was also presented concrete investment opportunities in various sectors of the economy, highlighting the role of AIDA as a facilitating and supporting institution in the realization of these investments.

The trade exchanges between the two countries in 2017 increased by about 50% compared to the previous year. The total amount of exchanges for 2017 amounted to over 120 million euros, with a special emphasis on goods arriving in Albania, about 80 million euros and 30 million that were exported from Albania to Romania.

While the opportunities for diversification of cooperation with different economic fields represent new development dynamics between the two countries.