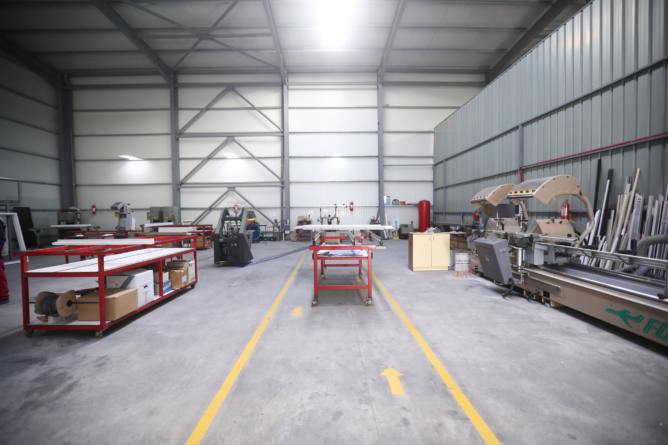 Prime Minister Edi Rama visited a wood and furniture processing enterprise in Kashar, which was created and managed by an entrepreneur who has spent 24 years in emigration work and experience investing in this business. The business, which is consolidating from year to year, gradually increasing its annual turnover, will benefit from the government’s most recent fiscal ease, profit tax from 15 to 5% as a result of increasing the annual turnover threshold up to 14 million ALL, which entrepreneurs see as an opportunity to expand the activity and invest in modern technology.

“They have under 80 million Lek, but every year since returning from Greece they only have growth in their business. They are from those new businesses that have created returning emigrants in Albania, who have taken all the skills there and every year we have observed the taxes, how is the turnover going up, “said Minister of Finance and Economy Arben Ahmetaj.

The entrepreneur manager is pleased that the demand for his products comes and goes, allowing him not only to increase his annual turnover but also to pay a lower tax. “We have this year and many messages normally. For years, the annual turnover was up to 8 million new Lek. This did not allow us to expand as a business. This year, from 8 million, we will go to 14. This gives us the opportunity to expand as a business, to increase our employees. Also that 15% tax-profit that has become 5%, gives us more hands to move forward and add the workers. “

Encouraging entrepreneurs to increase the number of employees, the Premier said that with the annual growth of up to 14 million ALL benefiting from 5% profit tax, the small business is relieved of informality and abusive declarations that were made not to pay the 15% tax-profit obligation.

“That’s the purpose. This we would have wanted to do before, but we did not have the opportunity. The opportunity has been created and the whole idea is that what happened at the threshold of 80 million, where it was virtually exhausted by only 5% of the profit tax and went to 15% – avoid it, because they all met there and normally, you have also stayed there so as not to raise your head to get threefold a fiscal shock. There is a whole bandage that was bogus, informality, a lie to lie to one another. Now I believe that this is released completely, because up to $ 140,000 a year with 5% tax, there is no country in the region. You are interested in much employment because you will increase your investment to expand, because you will not be afraid that if I pass this, I will triple the tax.

Meanwhile, the prime minister advised that a good income management, in relation to employees, would be much more beneficial for entrepreneurship. “You have to share your earnings with workers in the sense that they live in a family that produces and wins and feel like part of them, not just coming here to work and treat themselves simply as employees but also as part of development. Where workers feel as shareholders of the enterprise, in the participatory sense, as the landlord takes care of certain aspects beyond what is “this is the salary”, companies are doing much better. You have people with positive energy who give everything from yourself, “said the prime minister.

The entrepreneur promised that “10% of our profit will go to salaries, workers to new technology machinery.”