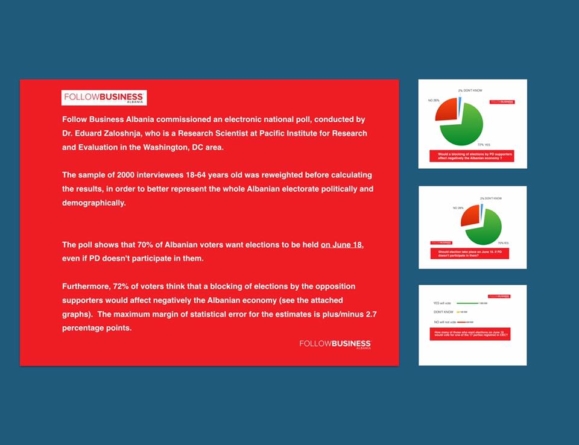 FBA poll: 72%, the blocking of elections bad for the economy; 70% want elections on June 18

Follow Business Albania commissioned an electronic national poll, conducted by Dr. Eduard Zaloshnja, who is a Research Scientist at Pacific Institute for Research and Evaluation in the Washington, DC area. The sample of 2000 interviewees 18-64 years old was reweighted before calculating the results, in order to better represent the whole Albanian electorate politically and demographically.

The poll shows that 70% of Albanian voters want elections to be held on June 18, even if PD doesn’t participate in them. Furthermore, 72% of voters think that a blocking of elections by the opposition supporters would affect negatively the Albanian economy (see the attached graphs). The maximum margin of statistical error for the estimates is plus/minus 2.7 percentage points. 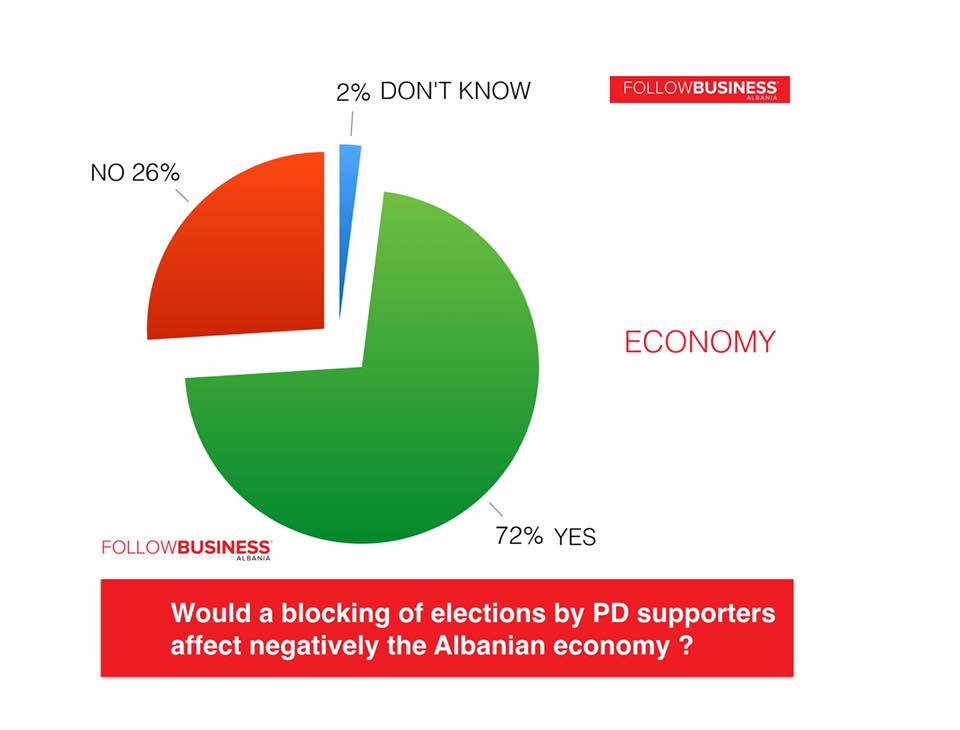 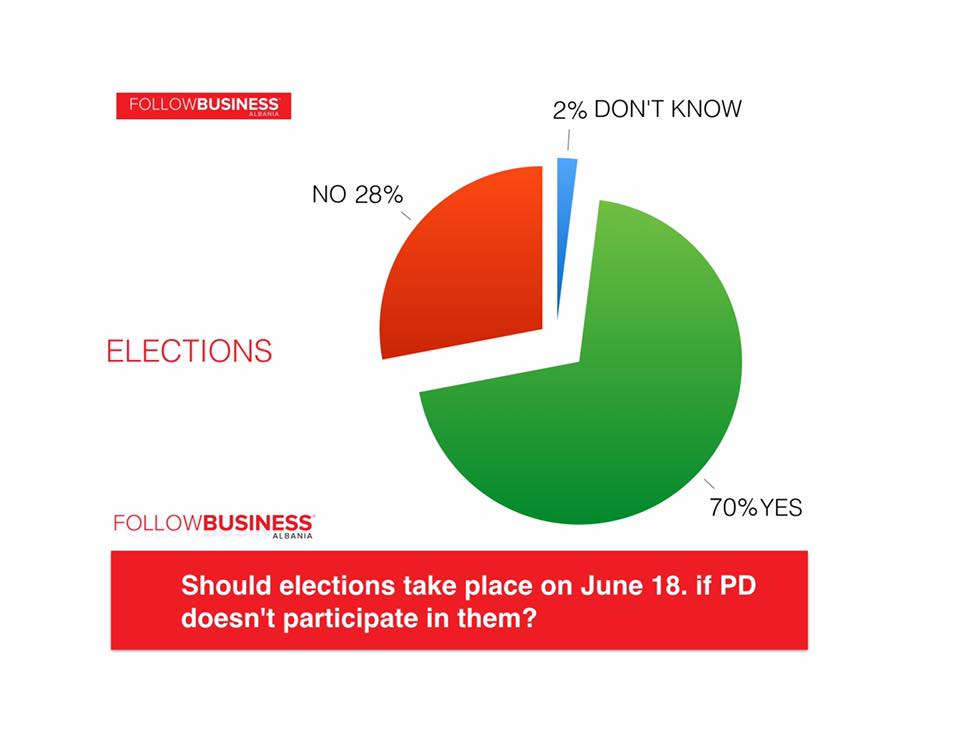 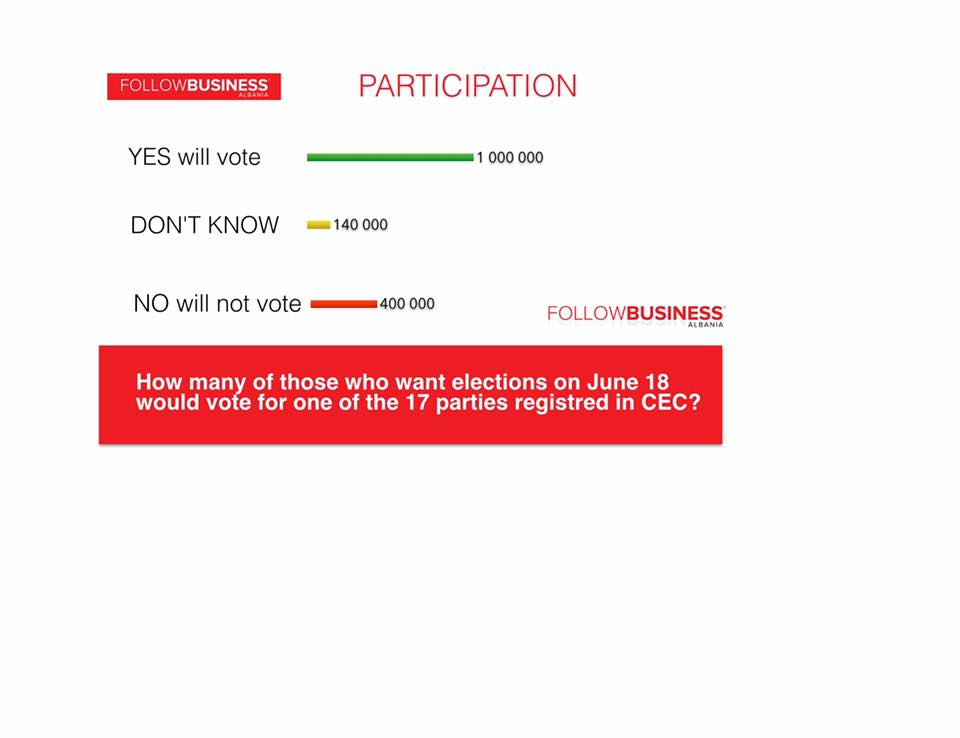