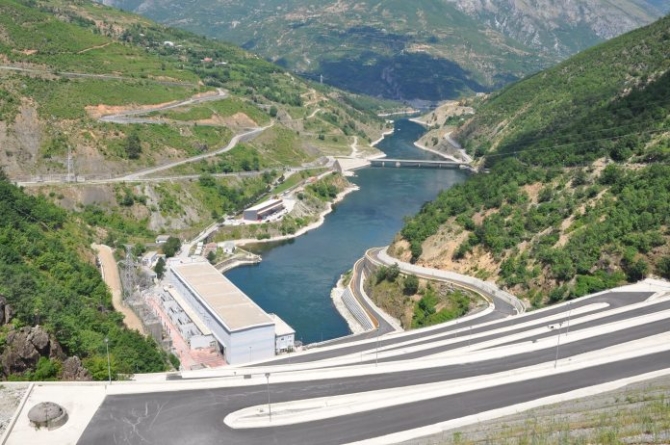 The Albanian Power Corporation (KESH) today released the indicators for the first six months of the year, with cascade production reaching 3,914 GWh, about 53% more than the average of the last 15 years .

According to KESH, during this period, the highest historical values ​​of daily production (29,121 MWh), monthly output (848.5 GWh), and energy reserve were recorded at the beginning of July (1,399 GWh). Due to the rehabilitation at Koman HPP and the broadcasting constraints, the available generation capacity during the period was about 161 MW lower than in 2010 and 2013.

While for almost the same production levels, uncharged electricity discharges in 2018 were about 40% lower than in 2010. For the same period, the Cascade’s energy reserve in 2018 increased by about 288 GWh, in 2010 (albeit with higher inflows) it grew by only 21 GWh.

Intensive precipitation during the first 6 months (and mainly in the January-April period) was a proof that not only the safety of the dams was not compromised, but it was also possible to maximize the amount of energy sold in relation to uncharged water discharges , while at the same time providing better control and minimization of the flooding of the area of ​​Shkodra, informs KESH.