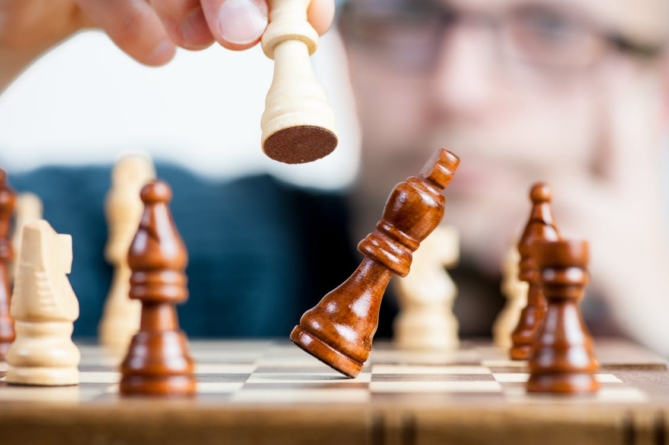 Although for many years Albania has had a law on competition, monopolies continue to exist in several markets. In its latest report, the Authority of Competition mentions some of them and the measures that it has taken to fight them

It’s been years now that Albania has had a law on competition, but there have also been consecutive investigations in markets to see if the rules are being violated. But, this doesn’t seem to have been enough in order for the practice of abuse with the domination position of several companies at the detriment of some others, to go away. This practice continues to be present, by leading to the game rules to be broken. In other words, the monopoly situation existing with several services has led to problems in several sectors and this is why investigations have started against them and concrete measures have been taken to get rid of them. This is confirmed by the Authority of Competition in its latest report for 2017. So, the report says that out of 47 decisions that this institution has issued last year, some of them related to the fact that several companies had a dominating position in the market. Such situation has been existing in the Port of Durres with loading and unloading services. “During the investigation, the Authority of Competition concluded that a serious and irreparable damage could be caused on competition, because this was a case where there could be law violations. It’s for this reason that it decided to order for the loading and unloading of a part of the goods to take place in the eastern terminal of the Port of Durres”, the report of the Authority states about this situation of monopoly which was acting as a threat for the market. Meanwhile, the situation continues with international sea transport in the port of Vlora. “Equal conditions must apply for the parties involved, in order to establish a favorable situation of competition in the market”, was the conclusion of the investigations concerning road transport companies which use sea transport from this port, placing this market under rigorous scrutiny. “The application of fees for each ferry or line will be under scrutiny,especially during high seasons; there needs to be detailed information on all the real costs concerning the service provided by operators and every ticket which is sold by companies operating in the market needs to be monitored”, were some of the concrete measures which experts took in such case. But, let us not forget the case with the cinemas in Tirana, which was considered to be a situation of monopoly. “Every 6 months, namely from 10 April to 10 October, information should be sent on the ticket sale prices, costs and financial statements”, was the order issued by the Authority of Competition. All of these measures are being taken to prevent monopoly positions which are also present in the Albanian markets.

Secret illegal agreements between mobile companies, what did the investigation lead to?

The Authority of Competition has considered mobile phone operators in Albania to be in secret dealings with each other concerning prices or packages that were applied by operators. Therefore, these operators were recommended to “seek transparency for the price per unit and every services being offered any time there are changes or any time new packages are launched in the market and have a direct impact on the consumer”. These operators are also undergoing a 1 year scrutiny period by the Authority of Competition starting on 1 October 2017.

Violations, investigation on exclusive rights too

Last year, the Authority of Competition has also investigated three cases of violation of exclusive rights. As far as these cases are concerned, this institution has also demanded an opinion by the ministry of Infrastructure and Energy. “The actions carried out by EMS APO by imposing unfair conditions of trading and by refusing access in the infrastructural facilities that it has for other companies, may be considered as a dominating position which causes serious harms to competition in the market”, was the evaluation given on one of these cases. Let us recall that the law for the protection of competition also applies to companies that the state has granted exclusive or special rights, which have, nonetheless, an obligation to respect the rules of the market in order for them not to be breached, although they may have such rights.

For three cases concerning breaches of exclusive rights, the Authority of Competition has also demanded the opinion of the ministry of Infrastructure and Energy.

Controls over the trading of company shares

The trading of shares by different companies in particular markets, has become subject of the investigation of the Authority of Competition. Let us recall the purchase of the shares of “Veneto” bank by “Intesa San Paolo”, INSIG’s shares by EUROSIG, etc. For these cases, this institution has authorized such purchases, considering them as compliant with the law. “The Authority of Competition has authorized concentrations in the banking, mobile phone telecommunication and insurance market, following several purchases made by companies operating in these sectors”, experts of this institution say regarding this fact.