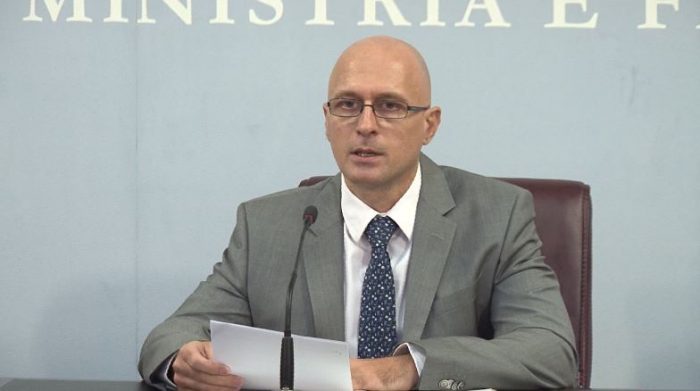 Deputy Minister of Finance and Economy, Erion Luci in a TV interview focused on the 2019 budget. Luci said that “this budget consists in strengthening economic growth, which by 4% this year, is expected to grow by 4.3% next year. In the focus are the citizen and the farmer and many other actors, as well as businesses. This is a progressive budget, which aims to support economic growth and employment, “Luci said.

The minister praised another positive element of this budget, while said that he is based on the tax revenue generated by the government itself.

Focusing on the increase in salaries for some sectors foreseen by next year’s budget, Luci stopped in concrete figures.

“The sectors that will benefit are the health, education, defense and penitentiary sectors and the diplomatic corps. There will be approximately 4650 doctors in health care and around 13 7650 nurses who will benefit from an additional fund of around ALL 1 billion converted into growth rates, net and gross value is around 7%. Doctors will come close to 1 million new leks a month, while nurses over 500 thousand leks. “- said Luci.

“The other sector that will benefit will be education. Here, too, the increase will range to 7% for 35 783 teachers. Salaries are more dependent on age, but growth is based on 7%, which translates to a total value of 1.4 billion ALL a year, “continued Luci.

“There are 6800 soldiers in the defense who will receive a comparable increase with other sectors as they have for some time no gains. In the petition system, an increase of 3560 prison officers is expected, with an effect of around 200 million ALL a year, which also varies by 7%. Also, there will be an increase for the diplomatic corps, “said Luci.

Luci said that there will be an easy access to the country’s woodworking industry, and said agriculture as one of the priorities of the next budget has a fund of 2.6 billion ALL, while stressing the support of this sector through EBRD schemes.