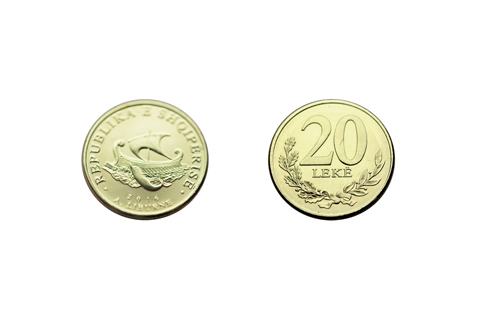 The Bank of Albania announces to the public that from March 30, 2018, the Albanian coin with a nominal value of 20 Lekë, with a legal tender, issue of 2016 will be issued.

The new metal coin, nominal 20 Lekë, issued in 2016, has the same composition, appearance, size and weight with the nominal currency 20 Lekë, issue of 2012.

The change from the last issue stands at the year of issue printed on the body of the coin, which in the new currency will be “2016”, as well as the spelling of “LEK” and “ALBANIA”.

As of March 30, 2018, the nominal nominal value of 20 Lekë, with a legal tender fee of 2016, will be used as a means of payment in parallel with all the existing metal coins in circulation of this previous issue of previous years.