On November 1, 2018, the Bank of Albania, in cooperation with the London School of Economics and Political Science, organizes an annual conference on Monetary Policy, Economic Integration and “New Normality”. 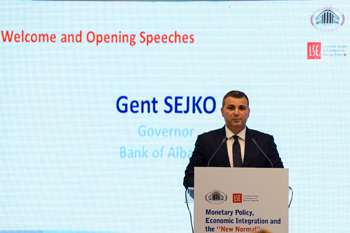 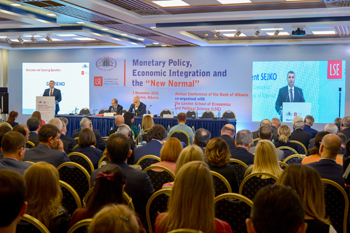 This conference is realized within the framework of the cooperation agreement signed between the Bank of Albania and the London School of Economics and Political Science.

Conceived in four sessions, the proceedings of the conference were opened with the welcoming words of the Governor of the Bank of Albania, Gent Sejko; Director of the Institute for Global Affairs at the London School of Economics and Political Science, Erik Berglof; Minister of Finance and Economy, Arben Ahmetaj; and the Prime Minister of the Republic of Albania, Edi Rama. 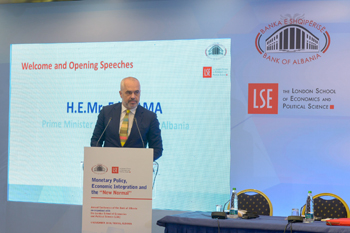 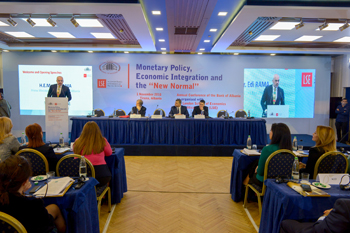 During his speech, the Governor of the Bank of Albania made an overview of the world’s macroeconomic developments, the region and our country. He said that in recent reports of prestigious international financial institutions it is noted that the prospects of world economic development continue to remain positive.

Focusing on the Albanian economic landscape, the Governor stressed that Albania is also in a stable and positive economic growth path, and the economic policies pursued have created the premises for the full utilization of productive capacities and the return of inflation to the target. 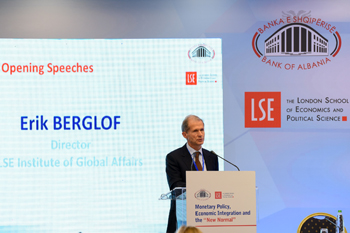 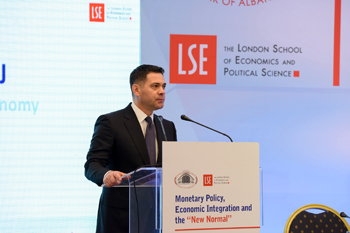 “At this point, the long series of structural reforms – undertaken or in the implementation phase – should pave the way for faster, more sustainable and more comprehensive economic growth,” the Governor said.

Following on the financial system in the country, he stressed that he remains liquid, profitable and well-capitalized, possessing the capital and liquidity needed to cover the financing needs of the economy and appears resistant to possible shocks.

Further on, Governor Sejko focused on the theme of the annual conference of the Bank of Albania, which deals with the challenges posed by policy makers both in terms of growth and in terms of economic and financial stability.

The governor underlined that monetary policy often faces limited effectiveness and alone does not have the right tools to generate a steady growth rate of growth over the long term.

In this framework, the Bank of Albania has adopted an integrated approach to increase the effectiveness of the monetary stimulus, such as the adoption of new instruments, and the initiation of a number of structural reforms aimed at improving the monetary policy transmission mechanism. 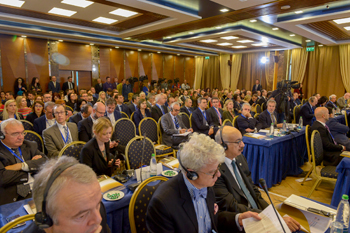 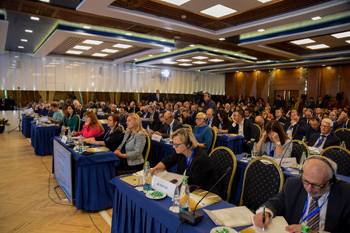 Regarding the framework of the instruments, he said that the Bank of Albania has begun to use market orientation on the future of forward-looking monetary policy and has applied countercyclical macroprudential measures in support of credit growth.

In addition, the Bank of Albania, in cooperation with the Albanian Government, has undertaken a number of structural reforms in the financial system towards the transmission mechanism. Reforms aimed at the development of the financial market, the improvement of the legal and regulatory environment, the execution of collateral and the reduction of credit risk, and the reduction of the unprotected borrowing phenomenon.

At the end of his speech, Governor Sejko stressed that the need for co-ordination of domestic policies and the increase of interaction between markets and authorities is indispensable. This national, regional and global co-operation would help avoid undesirable consequences not only for small and emerging economies but also for large economies.

Thanking the participants, Governor Sejko expressed his conviction that the conclusions of the conference panels will be very useful to everyone and will portray and fully present the risks and benefits of the issues mentioned above.

The first session of the conference addresses the key elements of the “new normality” of monetary policy and central banking in developed economies, and will assess their implications. Focus will also be on small developing economies and engaged in the integration processes in the ECB’s “policy sphere”.

During the second session, discussions focus on the experiences and lessons learned from some developing countries; coherence and complementarity in the new landscape of stability; and the necessity for co-operation of the supervisory authorities of the host countries with those of non-EU countries.

The third session addresses the effectiveness of post-crisis regulatory interventions and the transformation of fintech’s influence on the financial system, the overall economy and financial inclusion, as well as addressing the issue of how the regulatory and monetary frameworks can be prepared for this “New world”.

In this panel, discussions will focus mainly on the key challenges for small economies in this “new normality” and responses that may come from central banks and authorities.