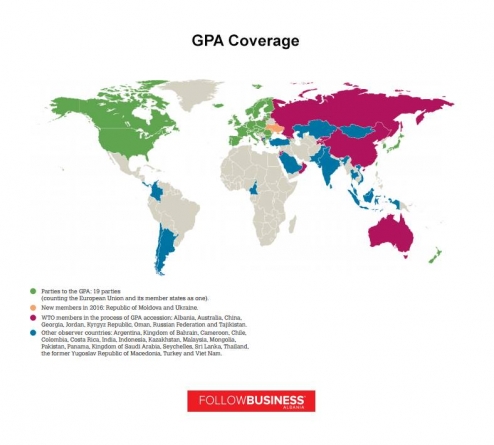 Albania has become a member of WTO since 8 September 2000. Bulgaria accessed WTO in 1996, Greece, Turkey and Romania in 1995, Macedonia in 2003 and Montenegro in 2012. Albania’s accession package includes market-access commitments on goods and services in terms of WTO membership.

Agreement on Government Procurement (GPA) has ensured members, including Albania, to not discriminate against the products, services or suppliers of other parties to the GPA with respect to the government procurement opportunities that are opened to foreign competition. 19 WTO members (counting the European Union and its member states as one) are parties to the Government Procurement Agreement, giving them access to a US$ 1.7 trillion market. Since membership approval WTO support for Albania has been considerably seen on agriculture sector and infrastructure. 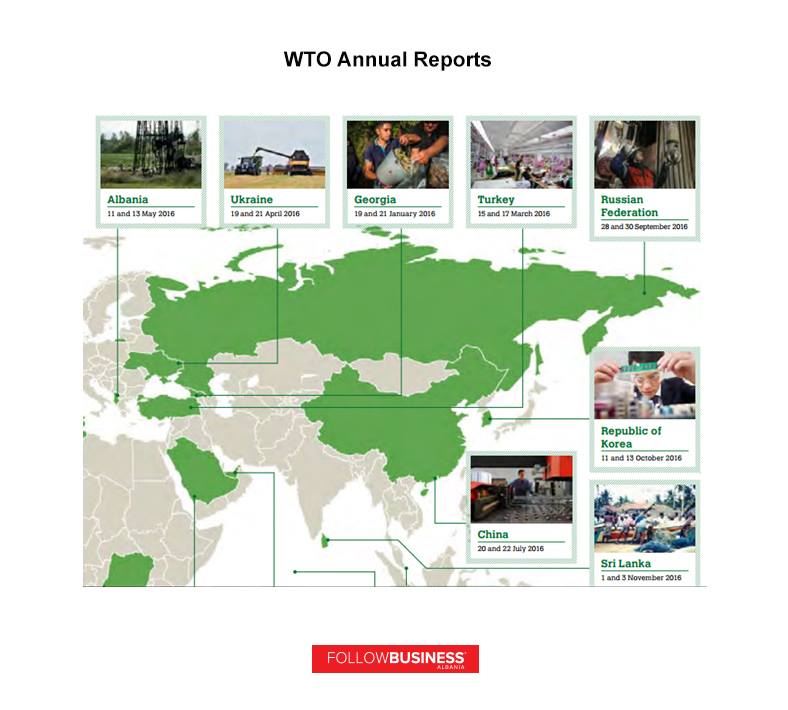