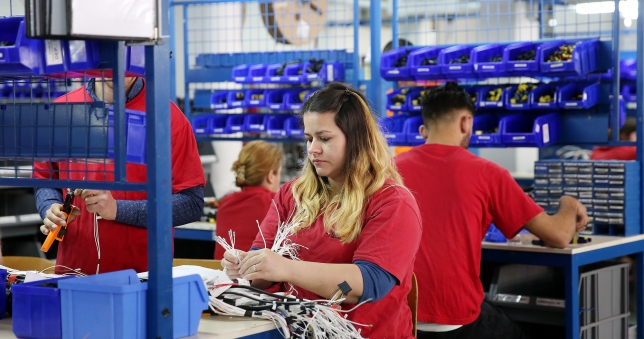 Foreign and domestic investments have become one of the two main growth generators in the country and precisely to support them, the government has long adopted a liberal law, based on the principle of non-discrimination between investors domestic and foreign.

Albania has advantages associated with the geographic position, the sea-going, natural, mineral and hydro-wealth, the young population, the still low labor cost.

Meanwhile, the advantage is also the policy pursued for attracting investments. Unlike what happens often in countries where the investment promotion policy is based solely on the fiscal aspect, the government has chosen a combination of fiscal incentives, sector productivity growth and improved public services.

Since 2015, the government is committed to the development of a comprehensive incentive framework for foreign investment, including four laws, a key pillar is the law on economic and technological development areas that we refer to as the law on free zones; the law on tourism; the Law on Private Public Partnership; and the law on strategic investments.

Unlike some of the countries in the region, which do not have a special investment law, such as Croatia and Macedonia, Albania has institutionalized a number of defense mechanisms for investors.

The Law on Strategic Investments provides for special status, where contracts are potentially approved by Parliament, at the request of investors.

Arbitration is a major form of dispute settlement today.

The concept of business lawyer in Albania is regulated with the Taxpayer’s Advocate for Tax Related Matters, while the establishment of the Administrative Court gives solutions to matters of this nature.

With the formulation of the government cabinet there is a State Minister for Entrepreneurship that protects interests and promotes dialogue between the parties. The legal framework for commercial companies, as a rule, does not foresee barriers to the establishment of 100% foreign-owned companies.

The Government is aiming to ensure clarity, transparency and predictability in every development of the legal framework for any investor who wishes to invest in Albania.

The main principle of legislation development is to identify all elements of the current framework and to make the relevant changes if necessary to improve their functioning and not only but also to put new elements into the legal framework that precede ambitious goals the government for economic growth, diversification, increased competitiveness of the economy, and consequently opportunities for significant investment and employment.

Balance of payments statistics showed that in the first quarter of 2018, foreign direct investment inflows in Albania marked the figure 284 million euros, a significant annual increase of 62% or at the highest level of the last 8 years (referred to the same period).

The year 2017 closed with foreign investments at the level of 907 million euros. “If we refer to the performance and comparability of the first quarter of this year with the first quarter of 2017, then we believe that this year will again be a record, with nearly $ 1 billion in foreign investment,” said Finance and Economy Minister , Arben Ahmetaj at the beginning of the week during the meeting of the Investment Council.

The positive performance of both foreign direct and domestic investment reflects the Albanian economy’s trend in the last 4-5 years.

Large companies have expressed direct interest in a number of strategic sectors such as tourism, ICT, energy, agriculture, infrastructure, manufacturing.

Albania today has serious investments in the mining, hydrocarbon, gas and energy sectors. There are names known as TAP, Statkraft, SHELL, or other companies that are present and have a significant contribution to the Albanian market and economy.

Even in other sectors, there is such a significant presence. A few days ago, the Albanian government signed with Forchner an offer that opens the way for a new investment of this company, where about 1 thousand employees will be employed.

Also, a German-Swiss company for the construction of a yachting yacht and luxury sailing vehicles has expressed interest to the Albanian authorities to invest.

While the Lufthansa IT Solution company is in Albania to produce global demand in the software industry by employing skilled engineers and specialists.