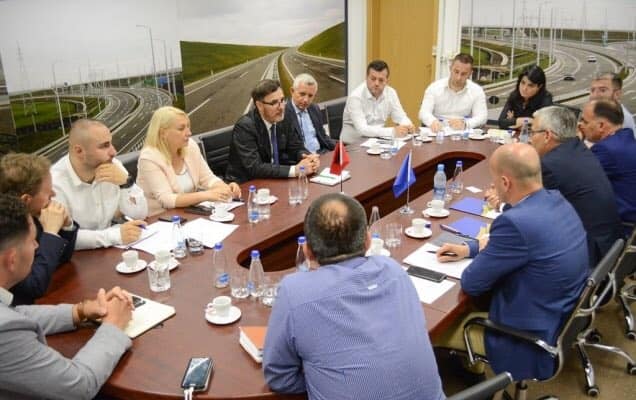 Technical Commissions for Terrestrial Transport of Albania and Kosovo agreed measures for respecting the licenses and conditions from the respective operators of the two countries.

Kadri and Shkreli, agreed to take rigorous measures to raise awareness among operators that violate the rules and bilateral agreements on passenger transport.

Further, both delegations emphasized the better alignment of legislative acts in this area, so that there are no obstacles to the operation of passenger transport, whether in transit or international.

This meeting was organized immediately after the decision of MIT to stop two Albanian operators, following the violation of the permit to travel from Tirana to Bajram Curr, through Kosovo, only transit, but that they stopped to take passengers, causing damage to local operators.