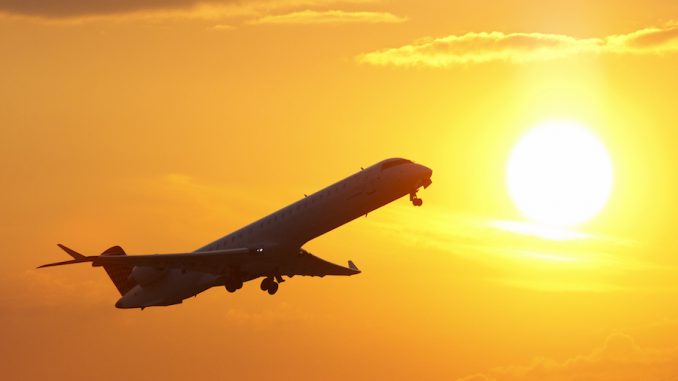 While the appearance of a new airline in Europe was rare, on Friday, September 14, “Air Albania” made its first flight with an Airbus A319, the portal said Greek company dedicated to the aviation world “airlinegeeks.com”.

This airline, which will fly from the airport of the Albanian capital, “Tirana International Airport Mother Teresa” will initially fly to Turkey and then add roads to Rome, Milan and London.

Albanian aviation has a very short but colorful history. Currently, only one local airline, Albawings, operates in Tirana. However, if you do not live in Israel or Italy, the two only nations to which they operate are most likely not seen the two fleets of its fleet.

The first airline company in the country was “Albanian Airlines”, operating from 1991 to 2011 under the direction of various domestic and foreign owners, before taking the license from the national civil aviation authority. Then appeared a more expensive airline, “Belle Air”, which operated from 2005 to 2013 with 23 destinations. Unfortunately, she went bankrupt in 2014.

Altogether, there have been five airline companies in Albania that have emerged and have since disappeared since the early 1990s, all of which suffered from a poor combination of leaders and lack of government support. The question that arises is whether “Air Albania” will be next in a growing list of white elephants, or will achieve success by maintaining a real and substantial presence in international aviation.

At the moment one thing is clear, “Air Albania” has its first plane to begin regular service to Turkey’s largest city, Stambolli. It has also been announced that in the near future, two more “Airbus A320s” will be added to the fleet, but specific dates have not yet been given.

Tirana Airport has received the name in honor of Mother Teresa. Looking at the history of the Albanian aviation industry, maybe it will be a little lucky for her name for this latest attempt to turn into a long-term success.