Minister of Finance and Economy, Arben Ahmetaj attended meetings in the framework of the public accountability “Work for Albania that We Want” in the Grabian and Gradishte Units of Divjaka Municipality.

The meeting was attended by the area’s deputy, the Chairman of the Parliamentary Committee on Economy and Finance Erion Brace, the Mayor of Divjake Municipality and the leaders of the main local institutions.

The Minister shared with citizens some of the most important initiatives the government has undertaken to advance reforms in key sectors, economic recovery and employment growth. In particular, Ahmetaj focused on support for agriculture, the main sector for the development of this area.

“Remember when Sali Berisha said” We have 6% VAT and you will be reimbursed only 6%? “But what was the truth? The truth was that you did not get any money. Zero. Not a Lek, or two Lek, zero! It was the initiative of the Prime Minister to make VAT 20%. It is difficult for the state budget, but it is very important for you. But why? Because you today as a farmer, when you have NIPT, you have the opportunity to be reimbursed by 20%; 20% of all the autofaure that is done through the collectors and fortunately, you have a lot of collectors here and thankfully, you are very consolidated and fortunately, most of them are formalized, which helps you, “Ahmetaj said. 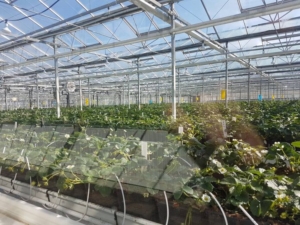 Regarding reimbursements, the minister said that “there are $ 22 million that farmers did not once have but today they have, because of government policy.” He added that it is imperative that the scheme work by ensuring that the state budget money really goes to farmers.

“For support to the agricultural sector, the minister said that this year is really the highest in 27 years. “There are $ 26 million, or nearly € 22 million, only from the state budget for your support. Meanwhile, the project of the European Commission IPARD is about to start soon, and this is the area that is more likely to benefit, either as a farmer or as an agricultural union. The entire sum, together with the state budget contribution, amounts to 93 million euros “- said Ahmetaj, adding that so far for this year, the support of the state budget for the region of Fier is 428 million euros.

Only for the Fier district, Ahmetaj said that for this year are 428 million ALL approved and the process continues, that is, about $ 4.2 million. Are they enough for this area? Of course they are not enough for this area! I believe we will have to do more to promote Agricultural Cooperation Associations. Agricultural Cooperation Associations were affected by the tax side to allow tax relief. “

“First, they will be treated as a big farmer without limit, which means getting the VAT refund without the need to declare, and secondly, in the policy we have for supporting agriculture, these will be the money that will receive direct support. We need this area to take you to the next stage to get more, so that you can benefit more so that you can count on more and gain more for yourself, because virtually this is the area that has influenced growth of agricultural and agribusiness exports to over 20% “- said Ahmetaj.

The deputy of the Erjon Brace area addressed some community concerns related to increasing the efficiency of the reimbursement scheme in favor of farmers, the division of the mortgage office for the Divjaka municipality from that of the Municipality of Lushnje, or also for the ownership of agricultural land for which said they initiated the relevant legal changes.

“Firstly, for the reimbursement scheme, it will be necessary to continue the control permanently to get the final farmer who submits the agricultural product to get what we extract from the state budget for the farmer, not for each other. Secondly, I want and I believe the Mayor will say that in the Immovable Property Registration Office of Lushnje, divide the division that deals only with Divjaka, because we can not stay in line even with 10 other local units that has the Municipality of Lushnje. The mortgage should be the first to create the space for the citizens of Divjaka Municipality. Third, we got a commitment on the land issue. We need to solve this problem, which is not just a problem for Divjaka, but for all of Albania. It is a bureaucratic issue, the Ministry of Agriculture should do this itself. We have to give the land to farmers by the last decisions. We have made the necessary legal changes, whether in the law 7501, or in the law on the treatment of agricultural enterprises, or in the DCMs, so that we can give these people a final solution, “said Brace.

In Fier region this year they received financial support from the state budget of around 944 farmers, an approved fund that amounts to 428 million leks or about $ 4.2 million.