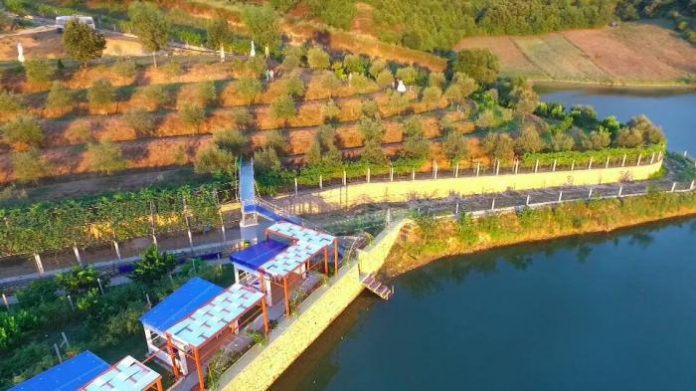 “We have a quadruple of the number of open agritourisms for 2018, which proves that agrotourism will be a new trend for the Albanian business.”

Minister of Agriculture and Rural Development, Niko Peleshi, invited to a television studio, talked today about the potential of agro-tourism development in Albania.

Referring to the NLC registration, Peleshi said that “since 2012 there were 2-12 self-proclaimed registrations as agro-tourism, whereas only this year so far 43 were registered.”

Agrotourism is an instrument to stretch the tourist season throughout the year, so the government has taken fiscal incentives to stimulate this sector.

Agrotourism, according to him, is a golden opportunity to go beyond the intense seaside season and to have the tourist offer extended to our villages, where we have cultural heritage, rich culinary traditions, customs and traditions.

Peleshi said that with agrotourism we are trying to create a new subsector for business in Albania.

“The strongest fiscal stimulus in Albania is for 5 star hotels and agrotourism. VAT has dropped to 6%, tax-profit has decreased from 15% to 5% and construction tax on infrastructure has become zero. These are weeks that have been approved and we still have no measurable effects, “Peleshi said.

According to Pelesh, “there is still no claim that agro tourism has brought the greatest number of tourists, as it is still ‘infantile’, but with a tremendous future.”

“It’s not enough to have them but to know how to market and sell these assets, combining them with tourist packages that add value and keep the tourist more in Albania,” Peleshi said.

In this regard, the Minister noted the measures that are being taken measures for the marketing and promotion of domestic products.

“We are creating incubators or small workshops where farmers and artisans are invited in certified conditions to produce their products backed by 70% of our financial scheme to access market channels in a formal manner. We do not want to die this kind of market but encourage domestic production. So we are financing up to 150 million ALL of grants from AZHBR for the erection of workshops “, – added Peleshi.