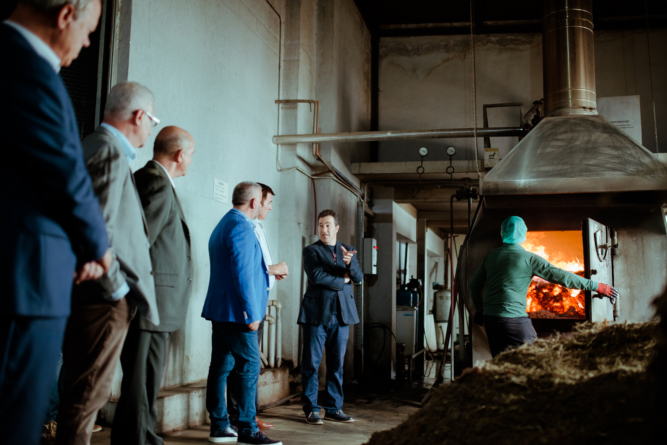 Minister of Agriculture and Rural Development, Niko Peleshi during a visit to a plant for processing essences and medicinal herbs, one of the 15 crops of products basket with higher export potentials, evidenced by the Albanian government , said that the agro-processing industry is one of the sectors with the best results for the first semester of 2018

Peleshi said that in the first six months of this year, agro-processing exports have increased by 18%. “We see a huge growth, therefore, not only agriculture, export of agricultural products, but at an even higher rate of processed products,” Peleshi said.

According to official figures, the export of Albanian sage has managed to own almost 70% of the United States market for this plant.

“Medicinal plants are champions of champions in Albanian exports. They are the only article in the trade balance, not only negative, as is generally the Albanian trade balance, but we have it in the ratio 1 to 33. So, we export 33 times more than we import. We have today almost 70% of the US market for the sage, “said Peleshi.

The Minister’s visit to this facility was carried out in the framework of the promotion of the technologies and innovations undertaken by different Albanian and foreign investors, the establishment of agro-processing facilities, as well as the production of green energy, which in this case is realized by the remnants of medicinal herbs, to their processing with modern technology. The Minister also stated that, given the positive results of the cultivation of the sage and its processing, it should again be on the list of subsidies this year in the National Financial Support Scheme. The Albanian government has decided that it will give priority to investments in agro-processing of medicinal and agricultural plants through support from its funds and the IPARD program, which will start soon this year.

The plant has reached an export of medicinal plants but their essence to about 3 million euros. 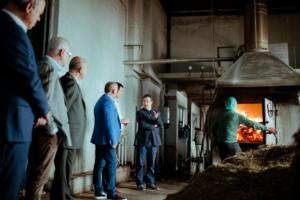 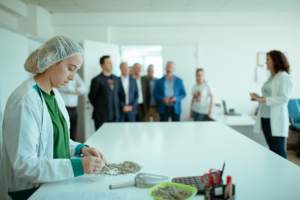