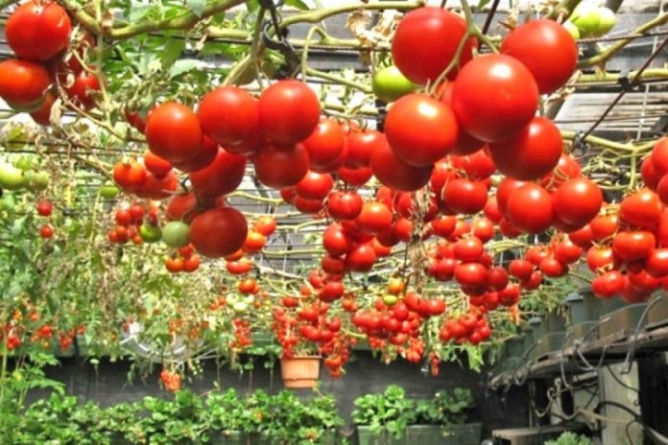 Minister of Agriculture and Rural Development Blendi Çuçi explained on a TV show the wrong perceptions that all foods are with hormones, which turns out to be untrue.

“There are problems, but most of the foods are not hormones. Another misconception is that the meals that are brought out are better because it can not be a greenhouse which is different for the domestic market and otherwise for the foreign market. This does not happen because the spraying becomes the same, “said the Minister of Agriculture and Rural Development, speaking of denunciations of the media about hormonal food products.

“Hormones themselves are not yet scientifically proven if they are harmful to human health. There is no scientific evidence today that the hormone is harmful to human health. The only thing that has been proven is that it distorts the product from physical appearance and taste. Today in the world 90% of the consumed things are genetically modified. Today, in the Albanian greenhouses, mentioning the case of tomatoes, the worms for them are the bees in 80% of the Albanian greenhouses. This is a modern method and 80% of Albanian greenhouses use bees as a disturbing one. There are problems, of course, and I am ready for cooperation. Denounce the cases and go to the worst “, said Çuçi.

Explaining the meat case from Brazil, also denounced in an investigative show, Çuçi said that in Europe today, Albania is the only country controlling 100% of imports coming from Brazil for meat.

“Albania is the only country that the entire meat coming from Brazil 100% controls when it is here. Only in these first months of the year we have returned to the country of origin from Brazil 180 tons of meat, where they have entered the country about 300 loads of these are 15 returned loads. Licensed slaughterers do not enter anything uncontrolled as we have disciplined the market, “he said.

“‘We have problems with the way the veterinary service is regulated in Albania and I have taken the initiative to redo completely from the first, because the fragmentation that has occurred between local government, veterinary clinics, the ministry and private veterinarians has created a problem. For example, matriculation is done in private clinics so it is decentralized to the private. This is a problem that will take the solution after I have taken the initiative to make a law for the total reshipment of the veterinary service, as it is not just the matter of matriculation but with the veterinary begin all the problems that arise at the customers’ tables, “concluded Minister Çuçi.