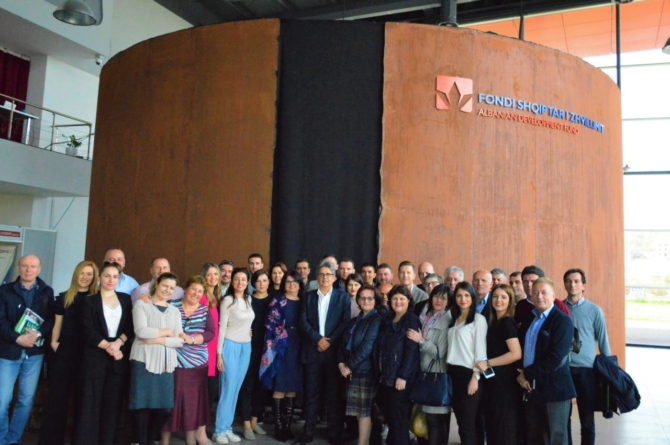 TIRANA – The Albanian Development Fund has become part of the World Bank’s initiative to promote gender equality in the field of transport.

In Albania it turns out that the graduation rate of women in higher education is 64%, while of men 36%. But despite this, it is noticed that women are disproportionately centered in health (85%) and education (74%), less profitable than male-dominated occupations, including engineering, manufacturing and construction (63%) and service area (71%).

This gender segregation is reflected in the labor market where less than 5% of all employees in the construction sector and less than 17% of employed in transport are women. Obviously, transport is a promising sector in terms of promoting women’s economic opportunities.

As an institution that has been engaged in infrastructure projects for years, the ADF is supporting the World Bank in a study aimed at identifying the causes that have led to such gender-sensitive differences in the labor market in the transport sector. Co-operation for this study includes ADF partners such as ministries, local government units, international symmetry organizations operating in Albania, etc.

The Albanian Development Fund is one of the institutions that has set a positive example regarding achieving gender equality in the institution. At present, 53% of ADF staff are women, while one in four departments is headed by a female.

The study will last for a 9-month period. At the end of this period, findings and recommendations for changing the situation will be shared with all the actors involved in the study, but also with important decision-making actors in order to specific recommendations are made to promote the participation of women in the field of transport.