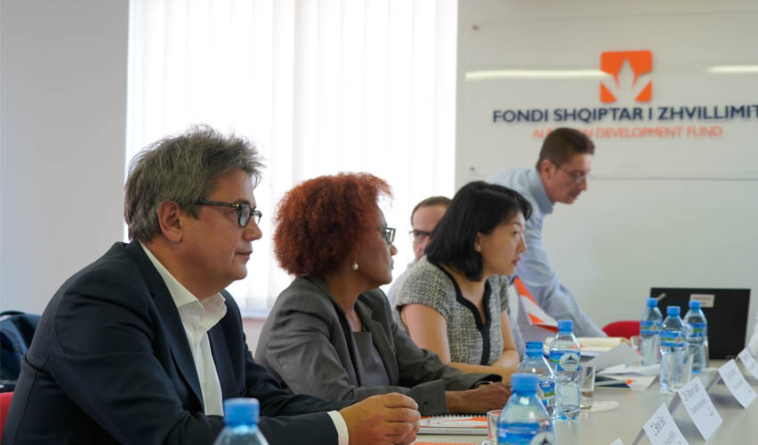 TIRANA – Investment in roads that have an impact on the development of tourism and agriculture is the overall goal of the “Regional and Local Connecting Roads” program that was launched today in the premises of the Albanian Development Fund.

Executive Director of the Albanian Development Fund, Benet Beci stressed in his speech that this program comes after a year and a half of preparation and is the result of the Government’s initiative to fund the country’s secondary road network especially in areas with tourism and agricultural potential.

“These roads to be funded by the project will focus on contributing to the sectors of agriculture and tourism in the country. They are coordinated with Government programs to promote coastal and mountain tourism, as well as rural tourism and agro-processing, being coordinated with the program of 100 villages. It is important to say that the investments are intertwined with a range of government and donor investment programs, “said Mr. Beci.

Permanent Representative of the World Bank in Albania, Maryam Salim noted that reconstructed roads will promote the development of tourism and agribusiness in the identified areas, and will support the receiving municipalities with technical assistance according to their needs.

“This is an important program that will contribute to improving access to selected centers of agriculture and tourism, and the capacity of municipalities to manage their road assets,” Salim said.

The program in question is built on two main pillars: reducing the time and cost of travel due to the best and quickest roads; and the increased linkage with tourist centers and the access of agricultural producers to markets and agro-processing centers. The estimated population of the project is estimated to be about 80,000 inhabitants as direct or indirect road users.