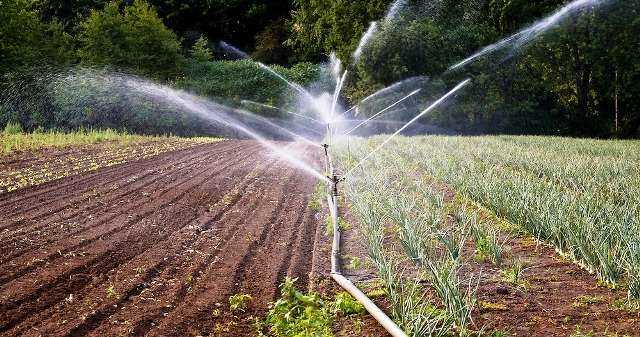 In the 2019 draft budget for irrigation, drainage and flood protection infrastructure, a total of 2.24 billion or 20 million euros are foreseen.

Deputy Minister of Agriculture and Rural Development Ilir Halilaj said today at a meeting in Ibë, Tirana, where the 2019 draft budget for agriculture was presented, from the total fund for irrigation and drainage infrastructure, 943 million ALL will be invested for the irrigation system, 600 million lek for drainage and 700 million lek for flood prevention.

Specifically, he explained, with the support of the World Bank project in 2019, enter the irrigation system of 16,700 ha of agricultural land of Lushnja, Has, Divjaka, Fier, Ura Vajgurore, Maliq.

Deputy Minister Halilaj also focused on financing with the state budget funds, stressing that the rehabilitation of the Rragam channel will be completed, from which the farmers of Malësia e Madhe and the area of ​​Shkodra benefit.

He also emphasized that investments are also envisaged in the 12 km embankment of 8 km of riverbed Vjosa, Shkumbin, Drino and so on.

Through this important component of irrigation and drainage we intend to increase agricultural production, irrigation surfaces and increased service for farmers in their rural activity.