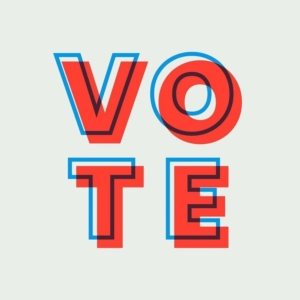 Many questions arise this upcoming year for Albania. What will happen during the elections? Is there any guarantee for democratic stability? Will there be a transfer of powers? Will this process develop according to the European Union standards?

Before even answering these questions, having in mind the political actions on the brink of this campaign, it will be hard to say. Albanians have an expression that tries to define how good an event or a situation is going to be by just “looking at the sun in the morning.”

The political elites urged to make political agreements. Firstly, by calling meetings with a Political Council that included the entirety of the actors. The government and mainly the majority used all its political power to make changes in the electoral legal framework with and without the entirety of the political actors. In fact, Albania is probably may be a case study as a country that has an opposition inside the general assembly and one within the general assembly. Also, the one that remains outside the parliament has more power than the one in the chair.

The situation was not like this. However, with the political actions of the force in opposition, the country has had an absence of functional institutions and even failures in creating the new structures for the judicial system. The earthquake in November 2019 was also an economic hit, and the resources were low to help the unfortunate. Moreover, the pandemic was a major hit for the economy and businesses. Many have failed, are bankrupt, or just hanging in until these hard times pass.

The reason these factors are mentioned is mainly to raise awareness, not to spread negativity or accuse any instance. The upcoming elections will cost this small country with an average wage of 400 Euro ( the lowest compared with the neighboring countries) nearly 35 million Euro. Now imagine what a valuable distribution this resource would be to help the people in need. To build houses for the homeless. To create infrastructure, or even to give a hand to the 2.8 thousand businesses that had to declare a passive status in just four months. Understandably, there would be a lack of activity because of the pandemics. But to help them, moreover to help the economic cycle, these small activities should have been taken care of just enough to keep them active until these difficult times passed.

Why would someone mention all these on the brink of an election? Because it is a brink of an election. Governments need to make calculations. For the economy of a country like Albania, it is not a small hit. These are not “pocket money.” These are taxes people pay to receive services. There must be responsibility, accountability, standards, and goodwill towards the citizen, the country, and the objectives to be part of the European Union. All political actions should aim their service to Albania, not to the empowerment of their political parties along with their political agendas.

The elections are decisive about living standards, representation, and community development. Moreover, this matters at the state level, for the historical accomplishments that can be done to push the country forward. Because of the instability and the clashes of the eternal political forces, some cases need immediate intervention and contribution. Albania needs to set its house in order and also be an active actor to take a supportive and helping role for Kosovo. The official Tirana has always been a strong actor that made stands on the international level for Kosovo. Politics is not only the art of rhetoric and discourses for honorable individuals. It is the act that brings achievements and wellbeing for the country and the people they represent.