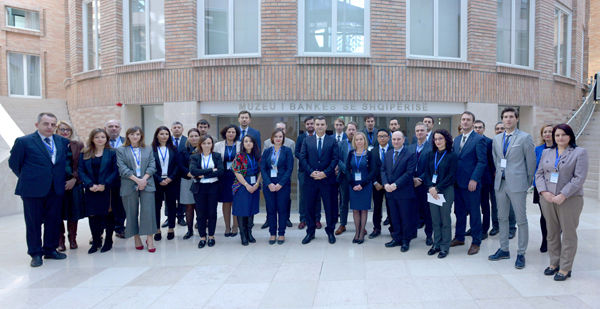 Between 6-7 December 2018, the Bank of Albania organizes the 12th Economic Research Workshop for South East Europe. This workshop aims to provide a forum for innovative research work on issues related to central banking and to foster exchange of views between Bank of Albania’s researchers, central bankers, academia and other research institutions. 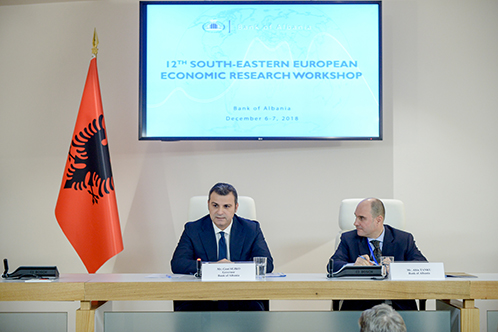 Participating in this activity are representatives of Western European Central Banks, the region and beyond, academics from universities and researchers from domestic and foreign financial institutions as well as Bank of Albania experts.

During the two-day workshop, participants will present and discuss 35 scientific research papers, of which 17 belong to the Bank of Albania employees.

The workshop is organized in separate sessions, divided according to the main topics covering a wide range of useful issues, among which dominate the economic-political and academic debates in the field of economy, finance and central banking.

The study materials presented in this workshop reflect the opinions and discussions of researchers, core business experts in central banks. They include not only the work of the Bank of Albania, but also the research carried out in other central banks and the academic world. Attendees in this annual event, through an energetic debate, share their thoughts in order to help and contribute to improving and strengthening everyone’s work from a different perspective.

Workshops were welcomed by the Governor of the Bank of Albania, Gent Sejko, who stressed that topics that will be discussed during these two days as monetary policy, financial stability, and new methodologies in these areas are all quite present and important in the daily activity of the central bank.

Following, Governor Sejko stressed that many times, unforeseen events and sometimes new global or regional events hit domestic economies, and authorities have to make decisions on certain issues. Consequently, they should use all the necessary information and research on these issues to make this information useful to policymakers.

Also, the Governor added that some of the trends that will be discussed in this workshop have not yet reached our economies but will undoubtedly have a significant impact on our economy and our financial system in the future. He took as an example, central banking methodologies and new financial technology, which he considered as major challenges for central banks.

In this context, he said, scientific research within the central bank is a factor that plays a crucial role both in the process of fair analysis of data and impacts, as well as in the well-prepared institutional response and decision-making. Precisely for all these reasons, he stressed, Bank of Albania regularly and actively supports its decisions on research results.

In conclusion, Governor Sejko thanked the participants for their participation inviting them to use this activity as a platform for strengthening individual and institutional co-operation and to discuss relevant issues for central banks.