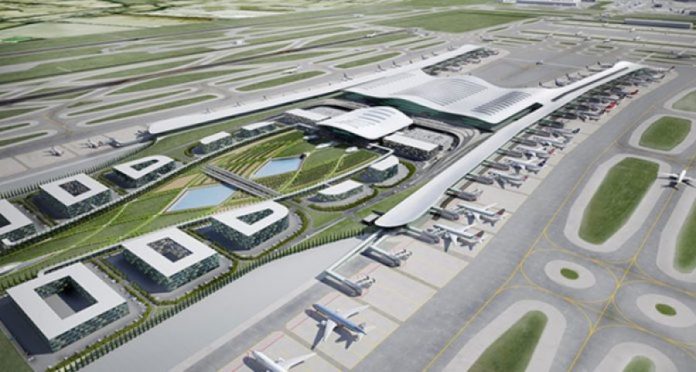 The construction of the Vlora airport in its initial phase will provide employment opportunities for 1,000 people.

The Ambassador of the Republic of Turkey in Tirana, Murat Ahmet Yörük, said in an interview with the Albanian Telegraphic Agency that “Albania is the raw pearl of the Mediterranean, the Adriatic and the Balkans, but one of the biggest obstacles to mobilizing the potential of Albania is the needs in the field of transport “.

“We all know that in places around Albania, even on islands and small towns, there are airports. Of course, this performance for Albania will not continue until infinity. It’s obvious that we have to start somewhere. After the scientific feasibility studies, we determined that Vlora is the most appropriate point for this beginning, “he said.

Vlora, said the Turkish Ambassador, “is at a crossroad point in the tourist aspect and is perhaps the most beautiful coastal city in the Balkans. We know that the airport in this city will play the dominant role in the transformation of tourism in Albania. ”

“The construction of the Vlora airport was taken over by a Turkish consortium, consisting of three companies, which is building the new Istanbul airport, which will be the largest airport in the world with a capacity of 200 million passengers a year. These companies are among the most professional Turkish companies and operate with the highest quality in architecture and construction, “said Ambassador Yörük.

This project, added the ambassador of Turkey, “in its first phase will provide employment opportunities for 1000 people, but it is not difficult to predict that it will promote other infrastructure projects and investments in that area as well will play a serious role in Albania’s development “.

In cooperation with the Albanian Government, Yörük underlined, “we are also ready for other infrastructure projects such as airports, highways, viaducts, hydropower, bridges, tunnels, railways. Our country, like Albania, has a difficult relieve. Therefore, our experience and accumulation in infrastructure can be transmitted to Albania. We wholeheartedly want to eliminate the infrastructure gaps of Albania, to play an important role in its development. ”

“We are also happy when our Albanian brothers have roads, tunnels, bridges, hydropower plants, hospitals and modern schools. We believe that our Albanian brothers, who have been facing the most traumatic consequences of communism for years and who have suffered a lot, deserve the best, “said the Turkish ambassador to Tirana.

“We encourage Turkish businessmen and investors, especially, to invest in Albania. We emphasize that Albania has adequate conditions for investing. Of course we are talking about political and economic stability, security, fiscal aptitude and other advantages. The office of the chief commercial advisor at our Embassy regularly informs our potential investors. We care about each one of them. We provide the orientations and information needed for companies operating in Albania, average salaries of employees, fiscal facilities, etc. If necessary, we will have mediations for their meetings with the Albanian authorities “, stressed Ambassador Yörük.